Beat the Summer Heat With a Nice Cold One 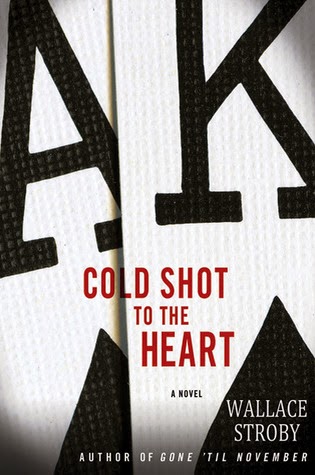 With the exception of Elmore Leonard, I'm generally not that interested in crime novels. I read Leonard for the sharply drawn characters and the wit, not the crime. So I picked up Cold Shot to the Heart with some trepidation, but the promise of a female protagonist intrigued me. It wasn't long before Wallace Stroby had me hooked and I found myself for the first time in a long time thinking, "Just one more chapter and then I'll stop." This went on for a few hours and I pretty much read the whole thing in one sitting.

Crissa Stone is a professional thief whose cool head and steady hand make her well-suited to the volatile situations that tend to present themselves when you're trying to forcibly take someone else's dough. After a disappointing haul from her last heist, Crissa is drawn into a scheme to rob an illegal big stakes poker tournament. Of course, easy money is seldom easy and when things go wrong, Crissa finds herself matching wits with Eddie "The Saint" Santiago, a recently released convict with homicidal tendencies who is hellbent on getting Crissa's score at any cost.

Stroby's fast pacing and dialogue driven narrative are reminiscent of Leonard, though his characters don't follow Leonard's smart-ass-with-a-glib-tongue template. In that sense, Stroby's characters seem more realistic, but they're not quite as entertaining. Crissa Stone, however, makes an intriguing protagonist. Crissa doesn't just steal for the thrill of it, nor does she do it just for herself. Her primary motivation is that she's got bills to pay in the form of care for a daughter who doesn't even know her and bribes to spring her significant other, Wayne, from a Texas prison. She seems a woman trapped by circumstance--crime is all she knows and the only way she can make the big money necessary to protect those she loves. Separated from her daughter and her lover, she leads a solitary, painfully lonesome existence when not on the job. Being a female also gets her into some hot water. She's not as comfortable with violence as some of her male counterparts and it's her nature to avoid conflict that ends up creating some of her most dangerous enemies. But make no mistake--she's not a tragic, weak character and these same qualities also allow Crissa to kick ass when the situation calls for it.

Overall, Cold Shot to the Heart is a fast, entertaining read and I'll definitely seek out the other books in the series.
Posted by Amanda at 9:10 PM