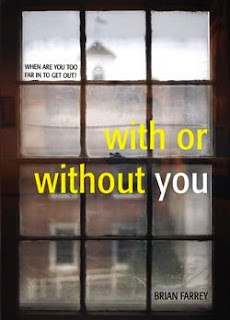 Eighteen year-old Evan and his best friend, Davis, get beaten up for being loners. For being gay. For just being themselves. But as rough as things often seem, at least Evan can take comfort in his sweet, sexy boyfriend Erik--whom he’s kept secret from everyone for almost a year.

Then Evan and Davis are recruited to join the Chasers, a fringe crowd that promises them protection and status. Davis is swept up in the excitement, but Evan is caught between his loyalty to Davis and his love for Erik. Evan’s lied to keep his two worlds separate. Now his lies are about to implode…and destroy the very relationships he’s been trying to protect.


Evan and Davis have been friends since childhood. Now on the cusp of graduation, they are planning to leave behind homophobic bullies and attend college in Chicago, but life has a way of changing well-intentioned plans. Evan is an artist who copies others’ work while he’s finding his own style. He meets a sweet guy who’s just perfect in every way, and while this annoys me, I figure he deserves something good out of life since his sister Shan is his parents’ favorite and his friend Davis is busy with the “Chasers”. I know teens often have trouble communicating, don’t always know who to trust, and want to take care of problems themselves, but I’m still not sure why Evan feels a need to keep his new boyfriend, Erik, a secret from his family and his childhood friend. He is also very reluctant to share his life with Erik, which ends up causing problems for both young men.

Back to the “Chasers”. They meet at the Rainbow Youth Center, a legitimate hangout for LGBT teens. Run by the charismatic Sable, and a magnet for boys with low self-esteem, this group promises power, respect, and change. While Sable’s words boost the boys’ confidence, and he gradually gains their trust, it is already too late for some.

Teens do stupid things and are naturally rebellious. Back in my day they listen to music too loud, stay out past curfew, drive too fast, have unsafe sex, tell lies, smoke cigarettes, and experiment with drugs. Today, they do all that, plus text and drive. I believe most kids think about the consequences of their actions but often decide taking risks is worth it, particularly if it means acceptance by their peers.


Bugchasing? Seriously? I thought this was an urban legend. How far will these kids go to gain acceptance? How can they think that contracting HIV is a “gift”? How was Sable allowed to start such a group without intense scrutiny by the Rainbow Youth Center staff? This last question nagged at me right until the very end.

I loved and hated this book. I liked how very serious issues were explored, but felt the messages were too heavy-handed. While I found Evan and Davis to be well-developed, the secondary characters were not. The book was well-paced and gripping, even though I found some of the horrifying situations toward the end a little unbelievable. I loved Evan’s paintings on glass and how each pane illuminated some aspect of his life. I loved the growth of his character, but wanted more for Davis.

Recommended with some reservations for older teens.
Posted by Nancy at 5:00 AM