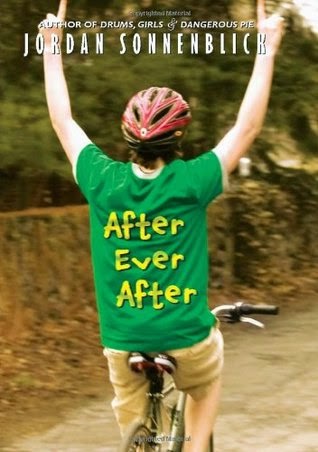 Jeffrey isn't a little boy with cancer anymore. He's a teen who's in remission, but life still feels fragile. The aftereffects of treatment have left Jeffrey with an inability to be a great student or to walk without limping. His parents still worry about him. His older brother, Steven, lost it and took off to Africa to be in a drumming circle and "find himself." Jeffrey has a little soul searching to do, too, which begins with his escalating anger at Steven, an old friend who is keeping something secret, and a girl who is way out of his league but who thinks he's cute.


In Drums, Girls & Dangerous Pie, Jeffrey Alper was a child recovering from cancer. Now he is in eighth grade and while the cancer is now behind him, the chemotherapy treatments left him with a limp and caused some problems with thinking and memory, making it difficult to keep up with his classmates.

Jeffrey’s older brother, Steven, who was a major source of support for Jeffrey needs to “find himself” and is off banging drums in Africa. While Jeffrey’s parents continue to worry about him, he has the typical issues an eighth-grade boy must deal with, like a best friend hatching a secret plot, the new girl from California who’s totally hot, and the standardized state-wide exams every student must pass in order to enter high school.

I was hoping to find an audio version of this book, since I so enjoyed Joel Johnstone’s narration of the first story, but had to settle for the book, which I devoured in one day. Again, some of the situations were predictable, but I laughed and cried, and loved every moment with Jeffrey, his family, and his friends.
Posted by Nancy at 6:00 AM