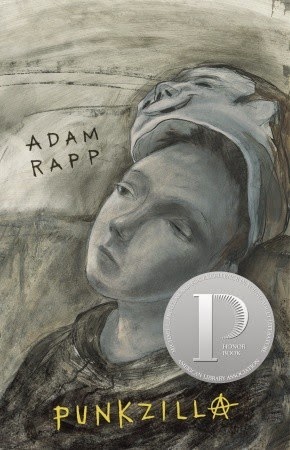 
For a runaway boy who goes by the name "Punkzilla," kicking a meth habit and a life of petty crime in Portland, Oregon, is a prelude to a mission: reconnecting with his older brother, a gay man dying of cancer in Memphis. Against a backdrop of seedy motels, dicey bus stations, and hitched rides, the desperate fourteen-year-old meets a colorful, sometimes dangerous cast of characters. And in letters to his sibling, he catalogs them all — from an abusive stranger and a ghostly girl to a kind transsexual and an old woman with an oozing eye. The language is raw and revealing, crackling with visceral details and dark humor, yet with each interstate exit Punkzilla’s journey grows more urgent: will he make it to Tennessee in time? This daring novel offers a narrative worthy of Kerouac and a keen insight into the power of chance encounters.

I really enjoyed this story about 14-year-old Jamie’s journey from Oregon to Tennessee to see his dying older brother. Jamie’s story is told in letters – long, honest and revealing letters, mostly to and from his brother Peter. Jamie keeps his letters in a notebook that never leaves his sight, many of which are not mailed. These letters tell of his brief experience in a military academy, his demanding father and unhappy mother, his strait-laced brother, Edward, his petty thievery, drug use, ADD, and the sad, violent, desperate and lonely characters he meets on the way. Peter’s letters tell of his career as a playwright, his artist lover, Jorge, and the disease that is ravaging his body.

This story was kind of sad, darkly humorous, and raw. I wanted to strangle Jamie at times. It drove me nuts that he referred to every woman as a “skeezer”, but I couldn’t help caring about this very troubled young man who was often mistaken for a girl and digs the Dropkick Murphys and wanting him to get to his brother in time.

“P it’s not like I WANT to look like I do. I wish I could grow some whiskers or have a scar over my eye. I’ve even thought about cutting myself I really have just like an inch-long slit over my right eye or across my cheek because that might help me look more manly or less soft or whatever.”