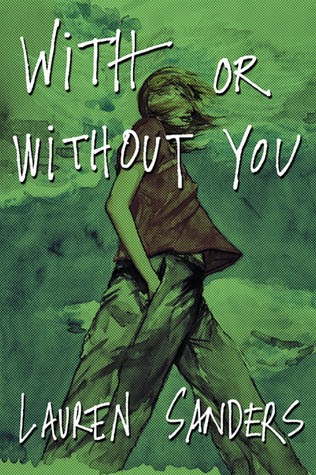 
Summer 1987. Lillian Ginger Speck, high-school graduate, sits in her jail cell contemplating the steps and missteps that led her to murder soap opera star Brooke Harrison in cold blood one bright and muggy New York afternoon. Lily had admired the young star for some time, and her loss is palpable. Her story is therefore part apologia, part love note and suicide pact. Meanwhile, Brooke Harrison’s mother has a tale of her own to tell. In this edgy and compelling “whydunit,” the accounts of predator and victim intertwine. The result is a wry exploration of the contemporary American melting pot of status, beauty, celebrity, violence, and obsession.

With or Without You combines the aching adolescent heart of The Catcher in the Rye with the dark suburban soul of The Great Gatsby—set against the starstruck voyeurism of American Idol. This book asks the quintessentially American question: Is life worth living if you can’t be famous?

“She stroked the back of my neck. I folded into her body and put my arms around her. She held me tight around my waist, moved her legs against mine, and there was her smell—the brandy, the hair dye, the powder—and there were her hands rubbing my back beneath the Delta T-shirt, her silk nightie soft against my cheek, and the motion, the rocking together as she hummed the angel song softly and wrapped me up slo-mo, tight as that string around her tea bag, and I had a vision or memory, I couldn’t tell the difference sometimes…”


I wonder if Lillian G. Speck’s life would have turned out differently if her next-door neighbor, stewardess, and friend, Blair, had not boarded a plane to Paris so shortly after her 13th birthday and never returned.

Lily’s brief friendship with Blair reminded me of my own friendship with Valerie, the 16-year-old daughter of the woman who used to sew most of my clothing and a few of my mom’s dresses. Valerie’s mom was amazingly talented. She always used high-quality materials and her garments fit so perfectly that no one in school knew my clothes were homemade. Though I could have done without the frilly dresses, I loved the green corduroy gauchos and hooded vest, the pink bellbottoms, and the colorful tunics that worked as a dress but easily went over a pair of shorts or pants.

The more time Valerie spent at our house, the closer I became to her. She was smart, funny, talented, and rebellious. Even though we were just 5 years apart, that length of time feels like an eternity when you’re just 11. She was my second girl crush (the first being my second grade teacher). Her long, golden hair, edgy clothing, and generous smile were a turn-on. While we lay in bed together listening to records or reading magazines, the warmth of her body and the scent of Coty Wild Musk made my head spin.

Oh, how I wanted to hug Lily when Blair left.

I loved reading Lily’s story, starting with the morning after her crime on July 2, 1987, and ending in April 15, 1988, as she is reflecting on her actions. The story jumps back and forth a lot and the prose felt a little rambly at times, but the characters, dialogue, and setting felt very authentic. In between Lily’s accounts of her childhood and teen years (family, friends, loneliness, alienation), her gradual obsession with soap opera star Brooke Harrison, and prison life, we also get a glimpse of Brooke’s life, told from the perspective of Brooke’s mother.

“He said it didn’t have to be people, but he liked that best. It was a way of keeping them with you even when they went away. And hearing those simple words I knew why I’d been struggling for three days to mix the browns and yellows and whites of your skin, knew I’d finally found a use for that sketchbook Blair had given me just before she left. Now both of you would be with me always.”


“You were the first person since Blair who really knew my mind. But you were having a tough time in Hollywood and just like Blair you needed someone to look out for you: I was up for the job. The first step was getting to know each other privately, until I could leave home and become famous. We needed to be on equal footing in the outside world.”


Lily’s friend, Edie, was on a mission to rid Lily of her virginity. Lily was concerned about falling behind on her favorite soap opera and had no idea how to tell Edie that Brooke was her priority.

“How was I supposed to tell her you were more important than anything I’d find outside? Even a de-virginizer. Someone I’d never even met. Our philosophies were totally opposed.”


Overall, I liked spending time with Lily and getting to know her. Her story was told with warmth, humor, intelligence, and honesty. In many ways, she was a likable character and easy to relate to. In others, she made me realize how fine that line is between an adolescent celebrity crush and unhealthy obsession.

*Review copy provided by Akashic Books.
Posted by Nancy at 5:42 AM