Eve's Hollywood by Eve Babitz
My rating: 4 of 5 stars

”It takes a certain kind of innocence to like L.A.” 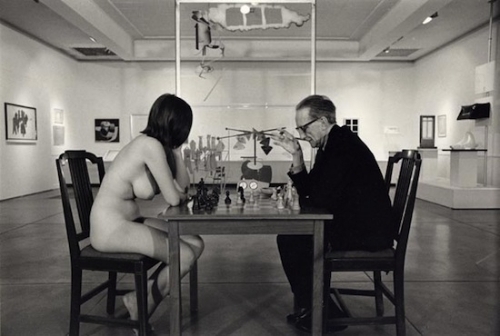 The Iconic photograph of Eve Babitz playing chess with Marcel Duchamp taken by Julian Wasser at the Pasadena Art Museum.

I have always had Eve Babitz categorized in my mind as one of the “IT” girls of the 1960s/1970s. As I was doing some research on her before reading this book, I suddenly realized that I did know her without knowing her. (I actually heard an audible click in my head as the tumblers fell into place.) The iconic photograph taken by Julian Wasser of her playing chess with Marcel Duchamp is certainly one of the more famous photographs of the early 1960s. I knew it was Duchamp (76) in the picture, but it never clicked with me until I decided to read this book that the attractive young girl (20) sitting across from him was Eve Babitz.

”The photograph is described by the Smithsonian Archives of American Art as being “among the key documentary images of American modern art.”

Eve mentioned in an interview that during this time she had started taking birth control and for some reason her breasts just exploded in size. She thought they were magnificent and should be immortalized. She also hoped that by participating in the photograph that she would be making her married boyfriend, Walter Hopps (31), who was the director of the Pasadena Art Museum jealous.

Babitz’s parents were beautiful, talented, creative people, and like many people with symmetrical features and a desire to express themselves, they washed up on the shores of Hollywood. This is how Eve Babitz found herself going to Hollywood High, surrounded by some of the most beautiful teenagers on the planet. She was far from ugly, but she never made the top cut of those sirens who were not only breathtaking, but already gliding through life with self-assurance and poise.

”In the depression, when most of them came here, people with brains went to New York and people with faces came West.” 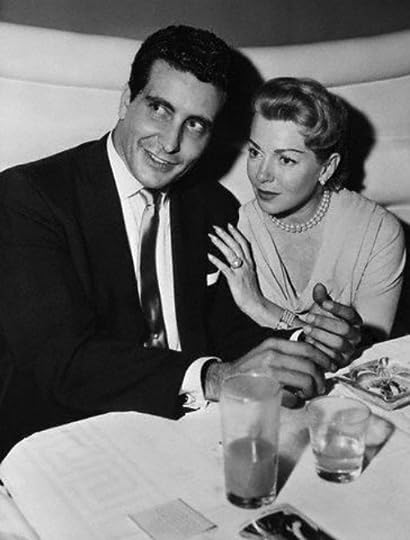 She is the goddaughter of the famous composer Igor Stravinsky. Her parents were connected well enough that as Eve was growing up she was frequently in the same room, at the same dining table, sitting by a pool, or at the same party as famous writers, artists, actors, and musicians. One of my favorite stories from the book was when she was picked up from a party at age 14 by this handsome Italian man. I was surprised, not shocked, at the conclusion of the evening, but the real kicker came a year later when she saw his picture in the paper and for the first time realized the man from the party was Johnny Stompanato. He was a mobster dating Lana Turner and was suffering from bouts of jealous rage. He even threatened Sean Connery, Turner’s co-star, with a gun. Connery, in true Bond fashion, grabbed his wrist, bent his arm back, and disarmed him.

I’ve done Eve a disservice over the years, thinking of her as just a society girl. She certainly did have a lot of fun, but she wasn’t just a famous pretty face. She started out her career as an artist for a record studio. She designed album covers for Linda Ronstadt, The Byrds, and Buffalo Springfield. She wrote short stories that were published in Esquire, Rolling Stone, and Vogue. She also wrote four books. 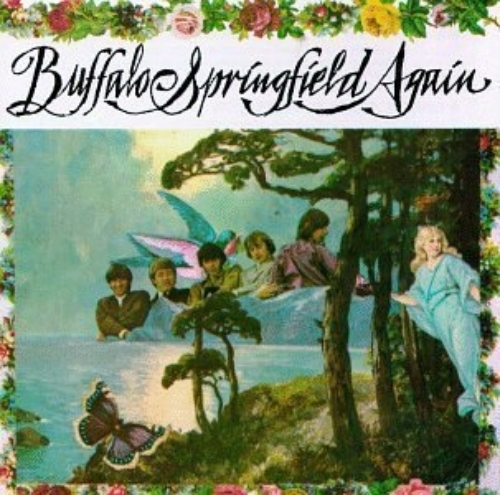 All of that was somewhat overshadowed by the attention of the media regarding her liberal views about sexuality. She was romantically involved with Jim Morrison, Steve Martin, and Harrison Ford, just to name a few. One could get the impression she was famous for just being the plus one.

Books are a major part of her life. She states in this book that Dombey and Sons actually saved her life when her depression was putting her on the verge of suicide. She loaths Nathaniel West because she feels he paints a bleak and harsh view of Los Angeles without giving the city credit for what makes it great. She doesn’t apologize for the culture in California, but she does share some very fond memories of why she finds the city so amazing and so undervalued.

She knew Bobby Beausoeil who was a talented upcoming musician until he was recruited and “brainwashed” by Charles Manson. Bobby’s good looks were used by Manson to lure attractive women into “the family”. Because of Bobby’s glumness, Eve and her friends always called him Bummer Bob. Thinking about the fact that Eve actually spent the night under the same roof with Bummer Bob on more than one occasion, although she does make it clear that she never had sexual relations with him, has to produce an involuntary shiver from time to time when she contemplates his role in the Manson murders.

The narrative of this book is rambling. She jumps backwards and forwards in time as effortlessly as a circus performer on a trampoline. Many of the chapters are vignettes, mere impressions of a moment. One of the shortest ones was on Cary Grant.

”I once saw Cary Grant up close.
He was beautiful.
He looked exactly like Cary Grant.”

Bret Easton Ellis is a big fan of her subject matter and her style. She is writing about the mothers and fathers that spawned the generation that Ellis writes about in Less than Zero. Eve’s California generation was self-indulgent, self-absorbed, bored, too rich, too pretty, and self-destructive, but the children of the 1980s took those negative tendencies and expanded them into an art form of how to squander an infinite amount of opportunities.

If you only like books with a linear narrative, this is not a book for you. If you don’t like people who name drop (you might have a few issues you need to discuss with your therapist), you won’t like this book. There are times in the book where I wish she had dropped the name, but for discretion purposes she decided to withhold it. Oh, and by the way, people aren’t asked to write books, especially Hollywood memoirs, who don’t KNOW people.

If you want to know what it was like to make out with Jim Morrison...sorry she didn’t say a peep.

If you are looking for a refreshing memoir about Hollywood and all the satellite people orbiting around the entertainment business, then this is a book that you might find, like me, to be a guilty pleasure. I want to thank NYRB for putting this book back in print. Once this book went out of print, it was almost impossible to find at a reasonable price. 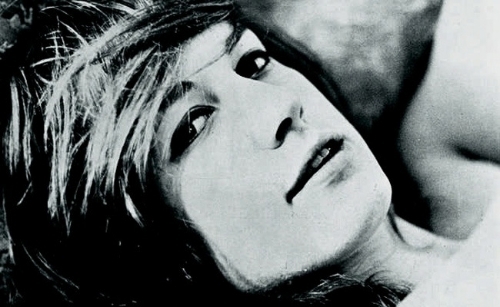 Unfortunately, Eve Babitz is not writing for publication anymore. She had a horrible accident when ash from the cigar she was smoking set fire to her skirt, leaving her with third degree burns over half of her body. Because she didn’t have health insurance, people she had known as lovers, friends, and acquaintances all donated money to make sure she received the care she needed. I hope she does find the will to write again, one more book, a summation of a life of being almost famous.

Posted by JEFFREYKEETEN at 8:58 AM