All-New X-Men: Inevitable, Vol. 1: Ghost of the Cyclops by Dennis Hopeless
My rating: 3 of 5 stars

The All-New X-Men have formed up a new team. Jean Grey has left to live a normal life. Evan aka Kid Apocalypse and Oya have joined Cyclops, Beast, Iceman, Angel, and the former X-23 current Wolverine Laura Kinney. Cyclops has set off on his own quest going after The Ghosts of Cyclops a group that revere the recently deceased present day Cyclops. 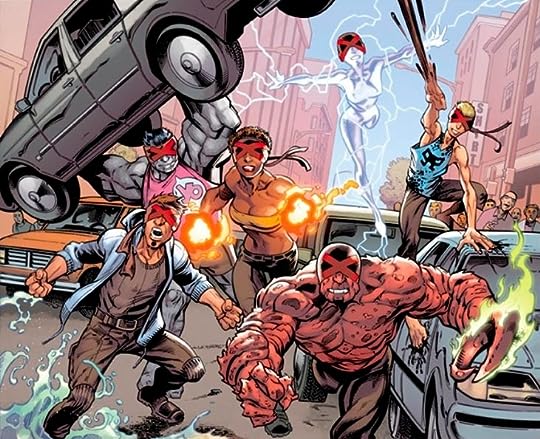 Meanwhile this group of young adults has their share of challenges.

I'm not a fan of Cyclops in general. He always seemed a pompous brown-noser and one of the best things I had seen was him doing his revolution business prior to his passing. He was still pompous, but he was at least honest. Despite my general feelings I feel terrible for past Cyclops. Traveling to the future and learning you turn into just about everything you hate has to be devastating. 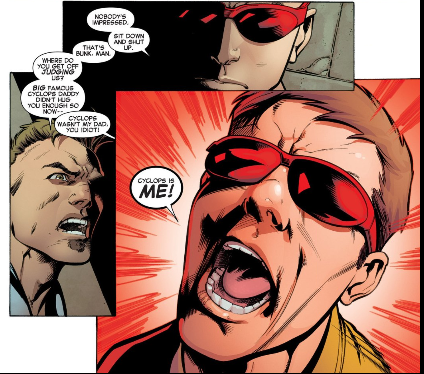 He's handling things surprisingly well. The first three issues are primarily centered around him dealing with The Ghosts of Cyclops.

The next three issues shift into emotion-ville. All the young team members are forced to deal with their issues. Hank intelligence isn't cutting edge because of his jump to the future, Cyclops has to deal with what he becomes, Evan is an Apocalypse clone, Oya is religious and believed mutants were demons so she hates herself, Iceman is gay yet is uncomfortable with that fact, and Laura and Angel are having problems in their relationship. 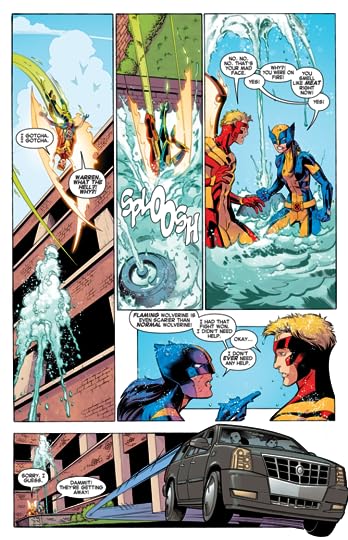 This was really off-putting because the X-Men were literally all whining about their problems in these three issues. Perhaps for a young adult audience this would have been more appreciated, but I felt like I was being overwhelmed with teenage emotions even though they aren't all teenagers. I hope the author got that out of his system or at least is willing to take turns because it was just too much.

Ghost of Cyclops was an OK story, but their is still some potential. As always I still wonder when the time traveling X-Men will go home, but I'm trying to enjoy their story in the moment.