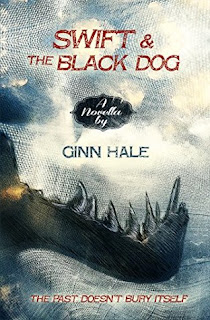 When Jack Swift killed a tyrant and won the revolution he became a national hero. But someone in the new government prefers dead heroes to living, swearing, cynical wizards. Caught between bullets, revenge and desire, Jack had better be swift indeed.


Rich, dark and mesmerizing, cleanly written and uncluttered, full of lush imagery, healing and harming magic, and featuring a cast of distinctive, unforgettable characters. As much as I would have liked to spend a lot more time with Jack Swift and Owen Finch as they right the world’s wrongs, I felt satisfied with the length of the story and its resolution.

Originally published in the Charmed and Dangerous anthology.
Posted by Nancy at 8:00 AM