The Vampire Tapestry by Suzy McKee Charnas
My rating: 4 of 5 stars

“The corporeal vampire, if he existed, would be by definition the greatest of all predators, living as he would off the top of the food chain.”

Dr. Edward Weyland, professor of Anthropology, is conducting a sleep study as part of his teaching program. It is very popular with the students, especially those who need the extra cash. They even start wearing t-shirts…Sleep with Weyland. He’s a dream. 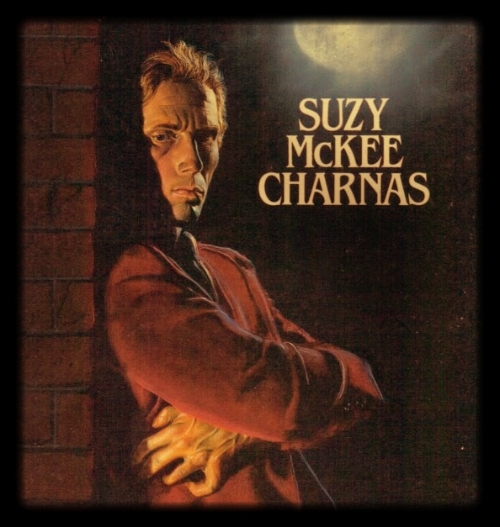 ”Just look at him, so haggard and preoccupied, so lean and lonely-looking. The man deserved a prize for his solitary-bachelor-hopelessly-hooked-on-the-pursuit-of-knowledge act.”

I love that look. I’ve cultivated it myself a few times. Women love it, and men always feel a sprig of jealousy bloom. They know a well designed script when they see it. Weyland is a bit of a connoisseur. He has plenty of students signing up for his program, but there are certain people whom he wants in his program. A Mrs. de Groot, a widow of a professor, is working as many hours as she can to save up enough money to go back to South Africa. She is one of those people who has proved elusive to his charms.

Mrs. de Groot is a woman who was raised in the wilds of Africa. She understands animals and their urges, and something about Weyland raises the hackles on the back of her neck.

Of course, Weyland isn’t interested in a sleep study. It is a cover for his pursuit for blood. Humans are just cattle, annoying livestock who chatter too much and are so demanding of him for attention and affirmation. The women want to sleep with him more than they want to sleep for him, and he has no desire to mate with his livestock.

But in some cases, he does. If one proves to be an especially tasty treat, he can perform the deed to keep her sweet blood near and dear.

It has been too easy for him, and he has lost a bit of his edge. His instincts should have told him that de Groot is more trouble than she is worth.

We next see Weyland seeking psychological help from a brilliant psychotherapist named Floria Landauer. He is trying to convince her that everything is fine with him so he can go back to work at the university after...the...erhhh...mishap.

Something about her makes him honest with her. More importantly, she believes him. They explore the concept of his vampirism in a way that he has never considered before. It is a dangerous game she is playing, and she knows she has had a deeper impact on him than even Weyland is willing to admit. ”But think of me sometimes, Weyland, thinking of you.”

It proves way too hot on the East Coast, so Weyland heads West and lands in Santa Fe, New Mexico, with another University gig. He has the role mastered, and he has to admit he loves the lifestyle that comes with it, not to mention the plethora of young people with such tasty unpolluted blood.

Things go sideways again, as they tend to do. Humans are so unpredictable and so caught up in themselves that they have no consideration for how their actions will effect a vampire just trying to take a sip or two of the gallons and gallons of red corpuscles that are such an abundant natural resource.

Through all of this, he has to keep a wary eye over his back shoulder for a cult that is intent on making a religion out of him.

I couldn’t help but like Edward Weyland. He is ruthless, but calculating. He enjoys the finer things in life, which is also why he likes a high profile professor’s gig to something actually safer, like a fry cook or a ticket salesman at a drive-in movie theater. Through his eyes, we also get to look at ourselves and see how ludicrous we must seem to alien creatures. We have been at the top of the food chain for a long time, and certainly most of us have lost our edge, our instincts, even in some cases the ability to listen to our own natural protection grid of senses that are hardwired into us to keep us safe. For most of us, danger is an abstract thought. How different would our lives be if there were a creature who could leapfrog us in the food chain and push us down to number two?

Life would taste different.
Priorities would shift.
Those things taken for granted would become precious once again. 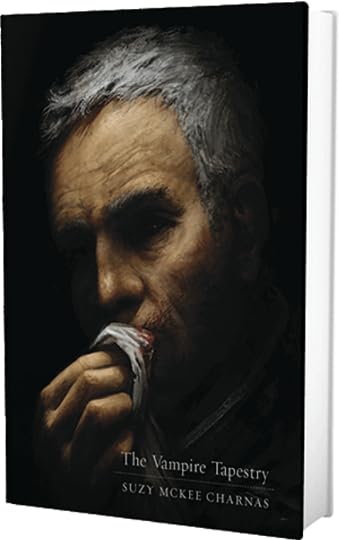 This is not your ordinary, bared teeth, blood splattering, sexy vampire book. There is a good reason why Centipede Press has recently decided to print a beautiful, limited, signed edition of this 1980 classic of the genre. Weyland will weigh on your mind long after you’ve turned the final page.

Posted by JEFFREYKEETEN at 2:37 PM