Helter Skelter: The True Story of the Manson Murders by Vincent Bugliosi
My rating: 5 of 5 stars

***DISCLAIMER: I READ THIS BOOK UNDER THE CONSTANT INFLUENCE OF THE WHITE ALBUM BY THE BEATLES.*** 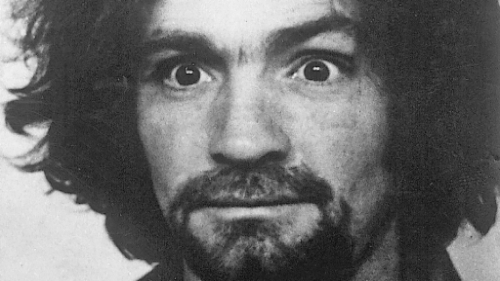 Hello Charlie! You crazy F (expletive has been deleted because for some crazy reason I’ve got a bunch of kids following my reviews) R!!!

”’How are you going to get the establishment? You can’t sing to them. I tried that. I tried to save them, but they wouldn’t listen. Now we got to destroy them.”’
---Charlie Manson to a friend in the summer of 1969

The number of people killed by the Manson family in the 1960s and 1970s could be as many as 35. There are still bodies missing and murders that fit the profile of The Family that were never proven for lack of evidence. For the prosecutor, Vincent Bugliosi, the goal was to get Charlie Manson, along with his most fervent followers, out of circulation for a long, long time. From moment one he felt the strain of making a misstep that would give the judge or jury reasonable doubt. The most famous of these murders were the five people killed in, what is referred to as, The Tate Murders. The murder case was named for the wife of famed director Roman Polanski. Sharon Tate was not only brutally murdered, but was also eight months pregnant.

It changes the score, right? When you ruthlessly kill a pregnant woman, it isn’t just murder any more; it is a heinous crime against humanity.

Bugliosi, who wrote this book, does a wonderful job laying out the evidence and also explaining our legal system pitfalls. The crimes themselves, though interesting in a ghoulish, shiver inducing way, are in a sense immaterial when compared to the feral genius of Charlie Manson.

He wasn’t book smart, but he had his own brilliant way of discovering the weaknesses of most people he met and turning them into brainwashed zombie followers. He was a career inmate. He purposely committed crimes with the highest federal punishment (for instance like stealing the US Mail which has mandatory sentencing much higher than say stealing cars) to make sure he stayed in jail longer. When he was released from the prison for the last time, he begged the warden to let him stay. He understood prison, but he couldn’t understand the real world.

It only makes sense that he would create his own reality.

”I may have implied on several occasions to several different people that I may have been Jesus Christ, but I haven’t decided yet what I am or who I am.”

Most of the people he brought into The Family were between the ages of 17 to 27, with a heavy emphasis on 17. He had a man by the name of Paul Watkins, who was a good looking lad, who would hang around areas where high school girls would be and recruit them into The Family. There was no end of young women from middle class families who had runaway from their families or wanted to. Manson offered them a haven in the desert. 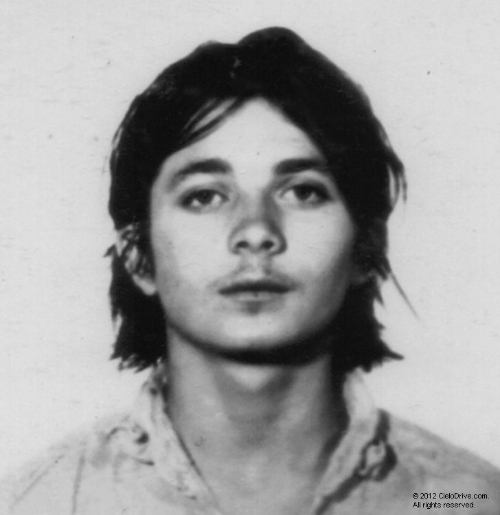 He would interview them, discovering that generally they had Daddy issues, and exploit their resentments against their parents. All he was offering was freedom and free love and plenty of drugs, but in reality he was breaking them down so that they would do what he wanted without question. He would first have sex with them. Then, have them have sex with a woman. (Don’t be uptight, girl. It is all part of being free.) Then, they would over time have sex with all the men in the group. He would organize orgies in which they had to participate or face excommunication from the group. By this time, he had shattered the pillar of their moral compass and now had fresh clay to build them back up into who he needed them to be. The transformation from who they were to who he made them was truly disheartening and frightening to witness. 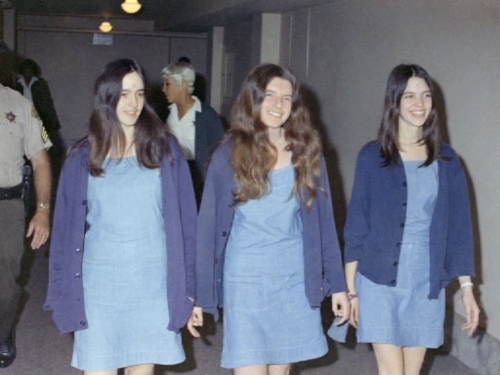 The Manson girls look just like the girls we all went to highschool with. So the question is, how did he turn them into killers?

These girls came from very sheltered existences. They were angry at their parents for a whole host of reasons, but probably the unifying theme was that they didn’t want to be told what to do. Manson offered a delusional freedom that wasn’t free at all, but actually shackled them to him and his demented visions of chaos. One of the girls said, “I’ve finally reached the point where I can kill my parents.”

Manson became completely enamored with The White Album by The Beatles. He thought The Beatles were giving him specific instructions of what had to go down. Helter Skelter, which is the name of one of the songs on the album, became the defining words of the new world he hoped to create.

When he sent his minions out to kill the people at the Tate residency, he was hoping to start a war. He wanted to leave evidence that black people were killing white people, and then they would kill each other. The Black connections they were hoping to make were pathetically attempted, and at no time did the police think the Black Panthers or some other armed black resistance were behind the murders. The only whites who were going to survive this racial war were those living in the desert with Charlie Manson.

How do you get people to believe this stuff?

”Charlie was always preaching love. Charlie had no idea what love was. Charlie was so far from love it wasn’t even funny. Death is Charlie’s trip. It really is.”

He had his own agenda to get even with everyone. He wanted to instill fear. He wanted to destroy the world. He wanted people to pay for the shambles of his own life.

People have made comparisons between the mesmerizing abilities of Adolf Hitler and Charlie Manson. They were both small men with large ideas about who they should be. They could both convince people to do things that any rational person should reject. Neither one of them respected life. I usually don’t like comparisons to Hitler because he is often evoked in modern politics erroneously, but there are certainly some aspects about their characters and their power over people that makes the comparisons, unfortunately, very valid. At times Manson had hundreds of followers, a small army of potential assassins. All he had to do was say the word. They all wanted to make Charlie happy, and underlying all the love they felt for him was a real fear of the consequences of disappointing him. 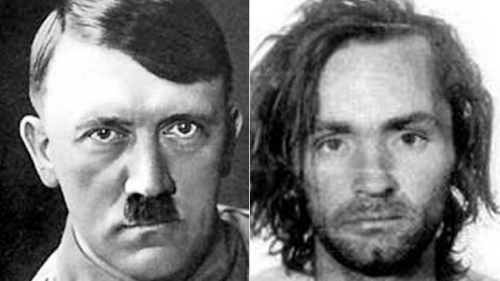 It is scary to think about how easily Manson gained control of these young people. I’m sure there were people who spent five minutes in his presence who started looking for the nearest exit, but his ability to convince people of his own importance and power is fortunately a very unusual trait among madmen. Could another Manson come along? Absolutely! Will they find followers? Absolutely! This book was thoughtful and well researched and certainly proved to be a page turner for me, sometimes deep into the heart of darkness.

Posted by JEFFREYKEETEN at 11:44 AM