THE LOST CITY OF Z BY DAVID GRANN

The Lost City of Z: A Tale of Deadly Obsession in the Amazon by David Grann
My rating: 4 of 5 stars

”How easily the Amazon can deceive.

It begins as barely a rivulet, this, the mightiest river in the world, mightier than the Nile and the Ganges, mightier than the Mississippi and all the rivers in China. Over eighteen thousand feet high in the Andes, amid snow and clouds, it emerges through a rocky seam--a trickle of crystal water.”

By the time it reaches the ocean, the estuary of the Amazon river at the mouth is 202 miles wide. A trickle becomes one of the mightiest forces on the planet. 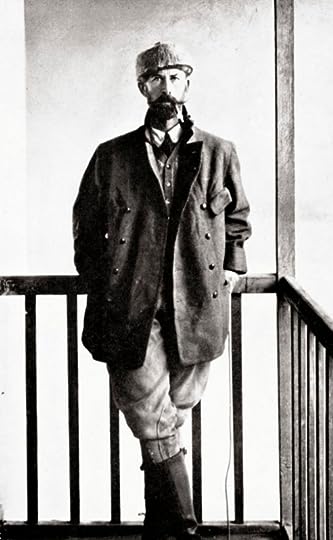 Colonel Percy Fawcett, the legend that launched a thousand explorers.

Candice Millard, in her book about Theodore Roosevelt’s trip through the Amazon, summed it up nicely: ”The rainforest was not a garden of easy abundance, but precisely the opposite. Its quiet, shaded halls of leafy opulence were not a sanctuary, but rather the greatest natural battlefield on the planet, hosting an unremitting and remorseless fight for survival that occupied every single one of its inhabitants, every minute of every day.”

David Grann, the author, became fascinated with Colonel Percy Fawcett after he stumbled upon a treasure trove of his journals. He wasn’t alone. Thousands have also found his story fascinating; hundreds have been so inspired by him as to go into the Amazonian jungle in search of him, their heads dancing with visions of being the next Henry Morton Stanley to find a famous missing explorer. 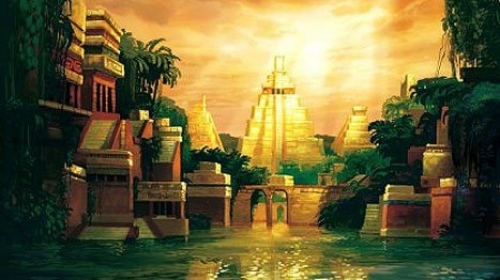 There are as many visions of what El Dorado looks like as there are explorers to look for it.

On his final journey to the Amazon in 1925, Fawcett was determined to finally find El Dorado, or the City of Z as he liked to call it, but he…disappeared without a trace.

Not that it is difficult to disappear in a jungle as dangerous as the Amazon. Everything from the most microscopic insect to infections to pumas are trying to kill you, not to mention the local tribesmen who may think you are interesting enough to let live or even more interesting to roast on a spit. There was one description that made me shiver: ”Espundia, an illness with even more frightening symptoms. Caused by a parasite transmitted by sand flies, it destroys the flesh around the mouth, nose, and limbs, as if the person were slowly dissolving. ‘It develops into...a mass of leprous corruption.’”

So why do Amazonian explorers insist on trying to conquer such an inhospitable place?

Because it is there.

But also because there are people who feel an itch so intense that they have to go somewhere as far away from people as possible. ”Indeed, some might say that explorers become explorers precisely because they have a streak of unsociability and a need to remove themselves at regular intervals as far as possible from their fellow men.” I resemble that comment, but my solution is less glamorous. I’m more likely to descend into the bowels of my library and let my books take me to Istanbul, Manchu Picchu, Gettysburg, or even, yes, to places as inhospitable as the Amazon. I can navigate the river without coming down with some hideous infection or being drained dry by a vampire bat because my arm flopped outside the netting in the middle of the night or feel the sting of a poisonous arrow puncturing my neck. My martini stays dry and at the proper temperature, too.

Besides the desire for discovery, Fawcett was fortunate to have an iron constitution. While other members of his party were dropping like flies from a host of illnesses or injuries, he just marched on. He lost several key years to the trenches of WW1, and when he emerged from the war to start finding funding for his final trip, he discovered that his patron, the Royal Geological Society, was broke. He had to find financing elsewhere. America beckoned.

Fawcett believed in small parties rather than large, heavily armed parties for exploring the Amazon. He had a rule that I think said a lot about his character, but also about his depth of wisdom. ”Die if you must, but never kill.” Unlike other European and American explorers, he was not in love with his guns. He was there to explore and discover, not conquer. 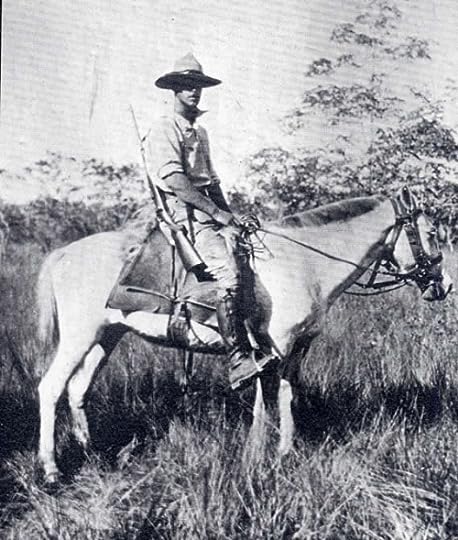 Percy’s son Jack Fawcett looking very fit for his venture into the jungle.

Decades after his final dispatch from the jungle, Fawcett’s wife and remaining family (he took his teenage son Jack with him) continued to believe that one day he would emerge from the jungle with a tale so epic that only Homer could tell it properly. Grann, too, like so many others before him, became infatuated with what became of Fawcett. He is not made in the same mold as Fawcett, or really any explorer. He is short, pudgy, and not athletic, but he is helped by some modern conveniences that Fawcett would have snickered at the prospect of using. If you so dare, strap on your machete and hack your way through the Amazon with Fawcett, and see if the jungle will eat you or make you into a legend.

”Those whom the Gods intend to destroy they first make mad!” 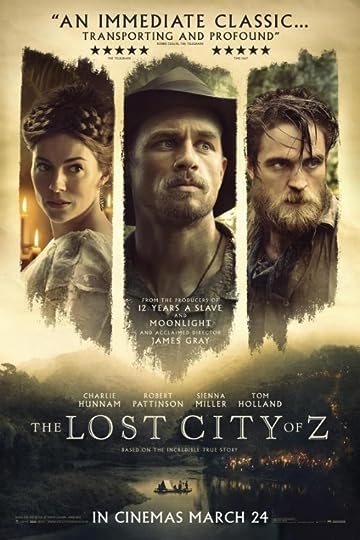 As a companion volume, I would recommend reading Candace Millard’s equally fascinating book The River of Doubt.

Posted by JEFFREYKEETEN at 9:59 AM