Leonardo da Vinci by Walter Isaacson
My rating: 5 of 5 stars

”Although generally considered by his contemporaries to be friendly and gentle, Leonardo was at times dark and troubled. His notebooks and drawings are a window into his fevered, imaginative, manic, and sometimes elated mind. Had he been a student at the outset of the twenty-first century, he may have been put on a pharmaceutical regimen to alleviate his mood swings and attention-deficit disorder. One need not subscribe to the artist-as-troubled-genius trope to believe we are fortunate that Leonardo was left to his own devices to slay his demons while conjuring up his dragons.” 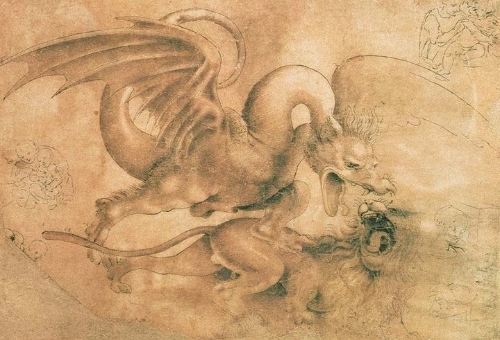 This paragraph made my blood run cold, not because I thought about how different the world would have been if Leonardo da Vinci had not been Leonardo da Vinci (tragic for sure), but because it made me wonder how many potential geniuses we are drugging into “normalcy.” Are some of the great artists and innovators of the 21st century hidden beneath the layers of a cornucopia of drugs?

I remember, as a child, reading a biography of Leonardo da Vinci. I thought that he had the coolest name I’d ever heard. My name seemed so pedestrian in comparison. I was even more struck by the term that still best defines him…Renaissance man. I wanted to be a Renaissance man. Unfortunately, I have fallen woefully short of that title, but the eclectic books I choose to read still show that that original desire to be a well rounded person is alive and well. In an age of specialisation, I find myself to be an outlier. I am asked so many times a year...how do you know that?

<I read.
I ponder.
I am gifted with infinite curiosity.
I want to know things just for the sake of knowing them.

Whenever I read anything about Leonardo or gaze upon his paintings/drawings, I feel that same pang felt by Antonio Salieri whenever he would read that latest music composed by Mozart. I am awed by Vitruvian Man and Mona Lisa, but I am enamored with Lady with an Ermine, the portrait of Cecilia Gallerani, mistress of the Duke Ludovico of Milan. Ludovico commissioned the painting after Cecilia gave him a son. There are so many things about this painting that arrest my attention. The alert, coiled energy of the ermine, looking as if it will jump out of the frame of the picture into my arms any second. The slight upward tilt of her lips, implying the hint of a smile. The enormous limpid eyes. The long elegant fingers that would have been a gift to a concert pianist. I can imagine the Duke coming to see her and just sitting in her rooms and watch her do...anything. 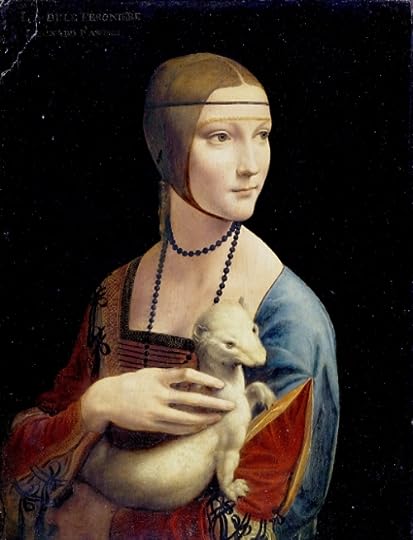 While in Milan, Leonardo was also working on the famous bronze horse that was going to be three times bigger than any sculpture existing at the time. Unfortunately, this is one of the many great pieces of art by Da Vinci that was never finished, but in this case war was at fault. The bronze for his horse was used to make cannons, to no avail. The French take Milan, and troops used the clay model he had made, a masterpiece in itself, for target practice. Da Vinci left many unfinished paintings in his wake: The Adoration of the Magi, Battle of Anghiari, and Saint Jerome Praying in the Wilderness, just to name a few. Despite being unfinished, these paintings rocked the art world, and students flocked to see them.

We have about 7,200 pages of Da Vinci’s notebooks, about a quarter of what he wrote. These notebooks are filled with sketches of inventions, few realized and most centuries ahead of their time, scribbles of ideas, doodles, and detailed drawings of his research into anatomy. Walter Isaacson absolutely loaded this volume with plates of Leonardo’s artwork, but also of pages of his notebooks. One, in particular, was very moving. I know I’ve seen this very image before, but life creates changes in all of us; something seen at 20 may not have near the impact on the same person who sees it at 50. 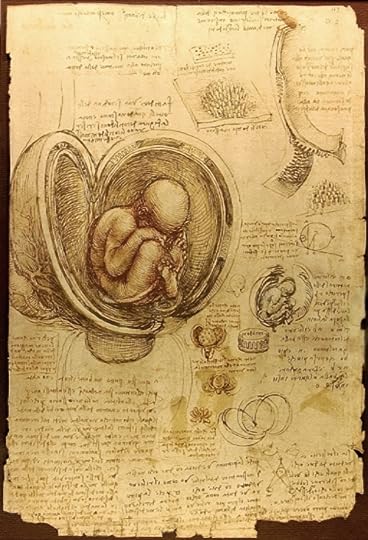 There is something just so fragile, so human, so perfect about it that I felt overcome by the beauty of...us.

He worked for a variety of powerful, diverse men, from Ludovico Sforza to Cesare Borgia to Francis the 1st of France. Leonardo was a sensitive man, but also had a very astute interest in war. He offered many times in his life to make machines of war for various patrons. ”The brutality of war didn’t repulse him as much as it seemed to mesmerize him, and the goriness he described would be reflected in the drawings he made for his battle mural:

”You must make the dead covered with dust, which is changed into
crimson mire where it has mingled with the blood issuing in a
stream from the corpse. The dying will be grinding their teeth, their
eyeballs rolling heavenward as they beat their bodies with their fists
and twist their limbs. Some might be shown disarmed and beaten
down by the enemy, turning upon the foe to take an inhuman and
bitter revenge with teeth and nails….Some maimed warrior may
be seen fallen to the earth, covering himself with his shield, while
the enemy, bending over him, tries to deal him a deadly blow.”

So vivid, without him even picking up a brush, we know this mural would have been unsettling and would not at all idealize the splendors or nobility of war. It might have even given a psychopath like Cesare Borgia pause. 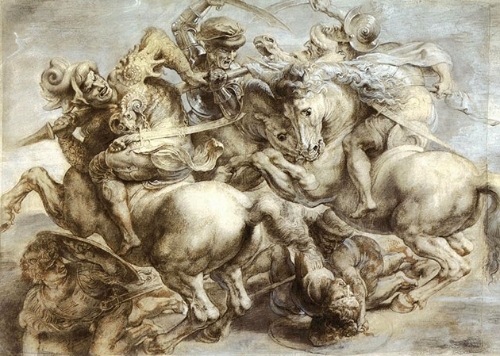 Peter Paul Rubens reimagining of what Leonardo’s Battle of Anghiari would have looked like.

I’ve read other books by Isaacson so I knew that the genius of Leonardo da Vinci was safe in the hands of the writer who has specialized in writing about some of the greatest minds in history. Da Vinci comes vividly to life in this biography and the magnificent plates scattered throughout the text of his life’s work. This is a beautiful, heavy book, printed on high grade paper, and will make the perfect gift for those of infinite curiosity. 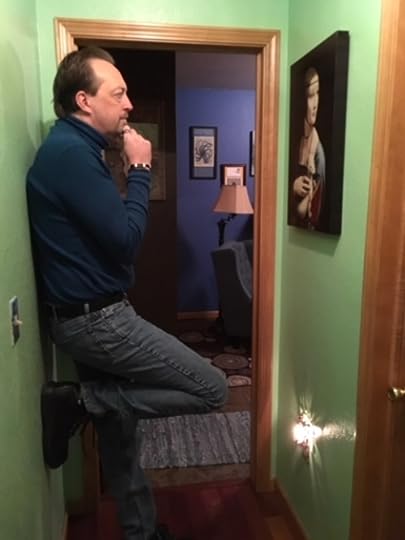 Posted by JEFFREYKEETEN at 7:52 AM