IN MONTMARTRE BY SUE ROE

In Montmartre: Picasso, Matisse and the Birth of Modernist Art by Sue Roe
My rating: 5 of 5 stars

”It is a wonderful thing how much courage it takes even to buy a clock you are very much liking when it is a kind of one everyone thinks only a servant should be owning. It is very wonderful how much courage it takes to buy bright coloured handkerchiefs when everyone having good taste uses white ones or pale coloured ones, when a bright coloured one gives you so much pleasure you suffer always at not having them. It is very hard to have the courage of your being in you, in clocks, in handkerchiefs, in aspirations, in liking things that are low, in anything.”
---Gertrude Stein 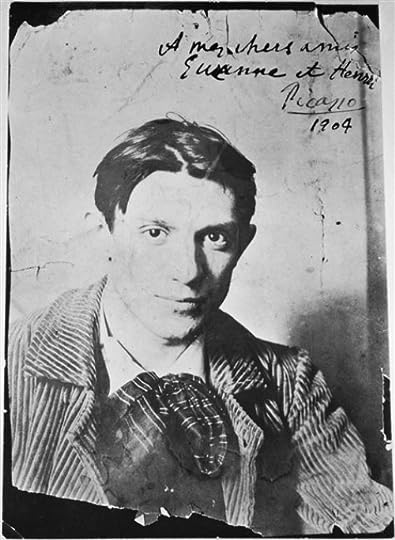 The young Pablo PIcasso, circa 1904, photographed by Ricard Canals i Llambi.

As I continue to add prints of Modernist and Impressionist painters with a few Da Vinci’s and Vermeer’s to my growing collection,I find it so inspirational to have surrounded myself with such divergent artistic concepts. When I look at a Matisse or a Picasso or a Vlaminck or a van Dongen or a Modigliani or a Dali or a Van Gogh, their expressions of ideas are so unique to them that it is as if I’m seeing the world through their eyes. I can steal the eyes of a painter, at least briefly, and even once my eyes have flicked away from the painting, the dazzling array of colors can transform my reality into a Matisse or a Picasso masterpiece.

I decided to paint some of the walls of my house a celery green. It is bold. Bolder than I expected, but maybe there was a part of me as I looked at those color chips that wanted to break loose from the safe color scheme of beiges, grays, and creams. A benefit I hadn’t expected is this color sensuously frames the art on my walls and seems to give each painting more depth. I also discovered that looking at celery green makes me happy. So when I read that quote by Gertrude Stein, I thought about my celery green and the reactions I’ve received so far from neighbors and friends who see this, dare I say, courageous color for the first time and look like they have just bit into a piece of raw rhubarb.

Americans came to Paris to experience the Montmartre district, to see the scandalous shows, drink too much, flirt with beautiful Parisian girls, and hopefully brush shoulders with some of these almost famous celebrity painters. These painters are known in certain circles, but not known as well as they soon would be. These Americans were being shown paintings unlike anything they had ever seen before, and for those who could really SEE these paintings, they were mesmerized and bought as many as they could afford. I can only imagine, when they returned to America and unboxed some of these lurid beauties with vivid colors that overwhelmed the eye, what reactions they would have received from friends and family. Those paintings might even have left some of the viewers, with a delicate disposition, feeling as if they have been punched in the gut.

It is interesting to observe the varied reactions that people have to bold colors before we can even discuss, say, a painting of a woman with three noses. 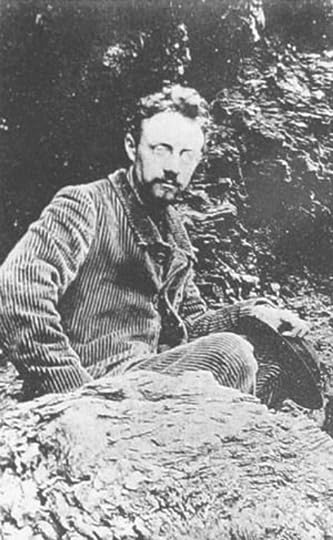 Sue Roe deftly balances all these diverse personalities who came together in Paris at the turn of the century and she shares these wonderful stories that vividly bring them back to life. The fashion designer Paul Poiret, who was immersed in this dynamic culture, shared a story that has stuck with me long after finishing the book. ”Many years later, Poiret remembered watching Vlaminck and Derain as they trudged along the riverside, forced to move out of their lodgings (their shared studio, presumably) when the landlady grew tired of giving them credit. ‘I can still see them by the flowery banks,’ he reminisced, ‘their boxes of colours under their arms, their canvases piled in a wheelbarrow.’” The book is full of intriguing snapshots, daubed in paint. These brilliant, impoverished painters were just beginning to have an idea that they were part of another renaissance in art. Another one of my favorite vignettes is of a clever, fussy writer : ”Marcel Proust sat quietly at a corner table drinking hot chocolate like a pale-green ghost.” To think of him out in the Montmartre district, observing all that decadent behavior, made me smile.

The women of Montmartre were probably some of the most liberated women on the planet in the early 1900s. They were models, lovers, dancers, mistresses, and in many ways their emancipation added fuel to the creative energy of the artists, writers, designers, and buyers who flocked to Montmartre to be inspired. One of the most alluring of these creatures was Fernande Olivier, who caught the eye of many painters, but absolutely captivated Pablo Picasso. 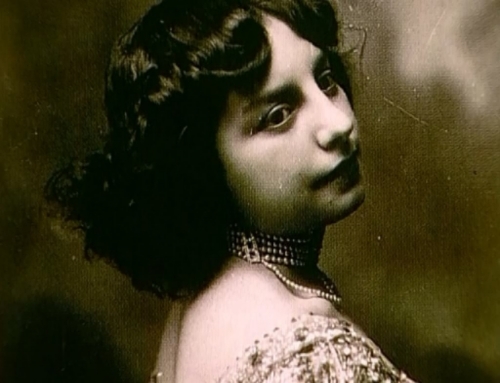 ”Here she was now, the beautiful, tall redhead. She seemed languid, aloof, more voluptuous than the girls he was accustomed to, with strong, vivid features and a contrasting aura of lightness. From now on, wherever he went, he kept seeing her.”

The rivalry between Matisse and Picasso was one of those necessary driving forces that makes really great artists keep creating masterpieces. They would cringe and look with awe in equal measure whenever they viewed each other’s latest creations. Their relationship was cordial, honest, but sometimes mildly disagreeable. As Francoise Gilot (muse of PIcasso) put it: ”‘In their meetings, the active side was Pablo; the passive, Matisse. Pablo always sought to charm Matisse, like a dancer, but in the end it was Matisse who conquered Pablo.’” There are many great artists of this period; one of my favorites is Amedeo Modigliani, but without a doubt, the names that emerge as champions of the era are Matisse and Picasso.

I always find reading about artists so inspirational, even more so than reading about writers. I’m not sure why, except maybe that there is so much more for me to learn about artists. I don’t usually pick up overviews like this, but Sue Roe does such a wonderful job capturing the place and the people with such precise sketches that I am indebted to her for moving the needle of my understanding of the artists and of this era forward in a leap rather than just a bound.