Still Lives by Maria Hummel
My rating: 5 of 5 stars

”For the four years I’ve lived in Los Angeles, the Rocque Museum has been my workplace and my university, offering me a degree in contemporary art and the cosmopolitan life---brilliant as the blues in a Sam Francis painting, decadent as a twenty-four-karat cast of a cat testicle. Most days pass in a pleasurable blur of words and pictures. Most nights I hate to leave my little office, especially on April evenings like this, when I can look over my mess of proofs, out to the greening city, and imagine I am still happy.” 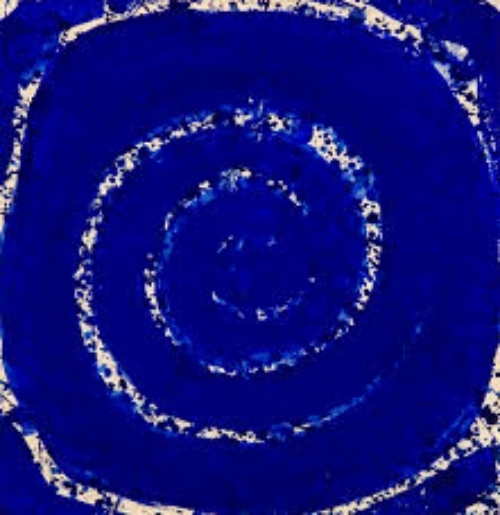 Unfortunately, we can rarely appreciate how happy we are until the moment has passed.

For Maggie Richter, Los Angeles offers an opportunity to find a career where she can work with intelligent, creative, and passionate people who care about the same things she does. Any relationship with L.A. would be listed on Facebook as complicated, what with its convoluted history involving more crushed dreams than realized aspirations. It is a place where glimmering fantasies are merely shimmering shapes that never fully materialize, and luck is as necessary as talent. Maggie knows that, with a city like L.A., there is give and take, but right now she feels she may have given too much.

”What happened between us still mystifies me: how two lovers can move to a city, and the city itself wraps around them like vines, pulling them apart, pushing them toward others, until they become so entwined in their separate lives that they can no longer recognize what they once felt, or even who they once were.”

Greg SHAW Ferguson, or I guess I should just call him SHAW since he is trying to morph himself into the Prince or the Sting or the Moby of the art gallery world, drops Maggie like a bag full of fire ants and scatters her emotions in all directions. Soul mated for life? Well, at least until he meets Kim Lord.

Kim Lord has a reputation for producing edgy, progressive art, but she has been out of circulation for a while, so this new exhibition, Still Lives, that she does in conjunction with the Rocque Museum, is not only going to reestablish her reputation, but also give the Rocque some much needed publicity, as well.

Maggie needs to meet someone new.

Work is still a great way to meet potential mates because of the ridiculous amount of time we spend with people we toil with, but for Maggie, the percentages are not so good at the museum. ”Of the less than fifty percent of museum employees that are men, half are gay and a quarter are married. The other quarter tend to date cocktail straws.” Ok, I laughed out loud at cocktail straws. I’ve met a few of those California cocktail straws who seem to exist on celery, coffee, and cigarettes.

The other problem that can not be denied is that Maggie is still hung up on Greg, pardon me, SHAW. She is suffering as a swan, a penguin, or a gray wolf, all creatures who scientists tell us mate for life. The problem is Greg seems to be a bunny, a ground squirrel, or maybe a flighty chickadee.

She can’t just move on, even though she knows she should. She has some caring friends who encourage her to jump back on the horse (Maggie does have a horse incident believe it or not), and she begins the endless setup dates of friends of friends that are bandaids on a situation that really needs a tourniquet. 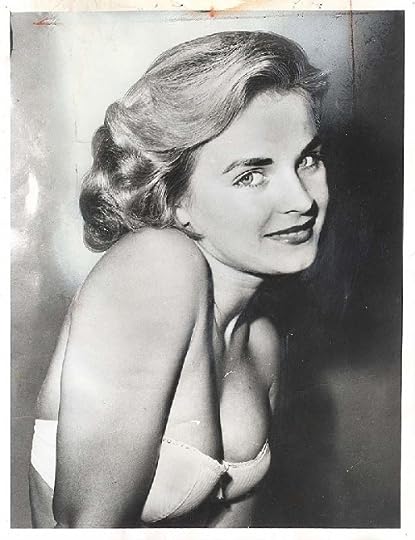 Model Judy Ann Dull was murdered by Harvey Glatman in 1957. Glatman took several pictures of his victims tied up in numerous poses.

And then there is Kim Lord’s face everywhere, even in the art for the show. The exhibit is highlighting women who have been brutally murdered, such as Elizabeth Short, famously known as The Black Dahlia, Nicole Brown Simpson, and Judy Ann Dull. In Lord’s art, it isn’t Elizabeth, Nicole, and Judy, but Kim Lord herself who is posing in the place of the original victim.

Can you imagine being constantly reminded of your rival everywhere you turn? Rival might be the wrong word, for how can one compete with the explosive vivacity and intensity of a force of nature like Kim Lord?

Then Lord has the audacity to go missing.

Suspect #1 Greg SHAW Ferguson. That middle name comes in handy now because serial killers, terrorists, and murderers are usually identified with all three names in the newspaper. Not much farther down the list of suspects would probably appear the name Maggie Richter. No middle name necessary at this point.

It might not be the best decision for a museum copy editor to become a gumshoe, but she is driven by a need to find out what happened to Lord, free Greg, and in the process hopefully find herself again.

These art museum people who populate this novel are culturally tuned in and have many similarities to the bookstore people I used to hang out with. They are clever, jaded, cruel, caring, driven, spontaneous, but capable of still believe the world can be made a better place. They don’t want a job. They want a calling. These are my kind of people.

Maria Hummel has a light touch. She is observant and descriptive in clever ways, with word choices that bring a smile to my lips. She makes me want Maggie to do more than just solve a mystery. I wanted her to go beyond just imagining being happy. I wanted her to find a way to BE happy.

I want to thank Megan Fishmann and Counterpoint Press for supplying me with a free copy in exchange for an honest review.

Posted by JEFFREYKEETEN at 11:03 AM