Nightwood by Djuna Barnes
My rating: 4 of 5 stars

”’You know what man really desires?’ inquired the doctor, grinning into the immobile face of the Baron. ‘One of two things: to find someone who is so stupid that he can lie to her, or to love someone so much that she can lie to him.’” 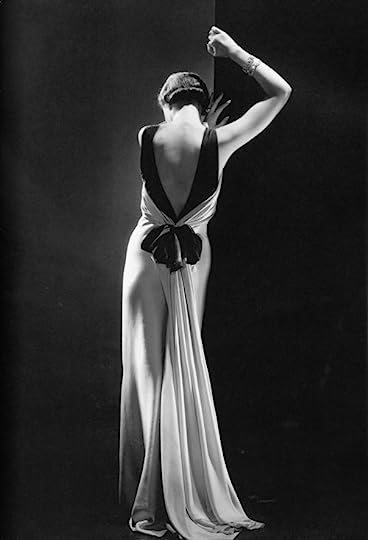 Baron Felix is a man of pretenses. He is not really a baron at all, but his father had perpetrated the deception his whole life so Felix’s filial legacy is to carry on the social duplicity. ”He kept a valet and a cook; the one because he looked like Louis the Fourteenth and the other because she resembled Queen Victoria, Victoria in another cheaper material, cut to the poor man’s purse.” Notice there is no mention about how good a valet he is or how good a cook she is. It is all about how they look and, when looked upon, what value they convey to the people whom the “Baron” needs to impress.

I am left wondering if his Victoria is the young Victoria, more in the vein of Jenna Coleman from Masterpiece, or the older Victoria, as portrayed by Judi Dench in Mrs. Brown. Louis the Fourteenth, we can only hope, looks as dashing as George Blagden from the Ovation show Versailles.

The theatrical production of the Baron’s life is maintained by his own performances, but also by the supporting cast with which he chooses to surround himself.

Baron Felix becomes enamored with a beautiful American named Robin Vote. It is best that, if your life is a sham, you do not allow yourself the indulgence of love, exploitation yes, but love...never.

If Felix were observing more carefully and not blinded by the aurora borealis of infatuation, he may have noticed that Robin is not really interested in anything but having a good time. Raising children, being a supportive wife, or being faithful to a husband are, by definition, selfless acts, and she is incapable of performing any of those roles with any level of believability. Felix needs to make a new casting call.

Robin bounces from Felix’s bed into the arms of Nora Flood, who wants to take care of Robin, but Robin wants the world collectively to take care of Robin. Jenny Petherbridge, a woman incapable of creating her own happiness, has made a life of looting other’s happiness. She soon has Robin, at least temporarily, under her control.

Robin leaves in her wake not a satisfied audience, no tears brimming at the corners of their eyes, fond memories, or even brilliant soliloquies to explain her behavior. She follows the brightest star until it dims in comparison to another.

We could generalize that everyone in this novel is horrid to everyone else. Jenny stealing Robin from Nora could be seen as inducing unhappiness in another, but frankly can any of us steal someone from someone else? Doesn’t a foot, an elbow, quite possibly a heart already have to be out the door before a lover can be absconded with? Baron Felix is a charlatan who makes a living out of contrived theatrics. It is hard to feel sympathy for him, but at the same time he is left nearly shattered by Robin leaving him. It isn’t even so much that Robin leaves, but she just seems to drift away.

Robin is the truly destructive force in the novel, whose beauty is a ”sort of fluid blue under skin, as if the hide of time had been stripped from her, and with it, all transactions with knowledge.” She could be a stand in for any of the four horsemen of the Apocalypse. That might be a job she could stick with.

And who is there to pick up the pieces of each of these fractured relationships? The doctor, Matthew O’Connor, a man uncomfortable in his own skin, but who seems to somehow induce trust in those around him. ”Why do they all tell me everything then expect it to lie hushed in me, like a rabbit gone home to die?”

One character refers to the doctor as a ”valuable liar,” but he does seem to be the most honest with himself of anyone in the novel. He has desires he can only indulge in private, but he doesn’t deny any revelations about himself. He is, almost universally, the most liked person in the novel. Even T. S. Eliot, in the forward, feels the novel drags until the appearance of the doctor. I admit there is no tale of any relevance without the doctor, but there are some fascinating passages in the early pages that, despite how discombobulated I felt with the plot, are still rife with intricate sentences I enjoyed reading and reading again.

Djuna Barnes has a discerning eye and a flair for bold sentences. Some critics have said that only poets can truly enjoy Nightwood. I think that what is required of the reader is some patience. If you are confused, it might be that Barnes has you right where she wants you. Read on; do not let her scare you away. You will experience some descriptions or thoughts that you have never read before. Do not indulge in cannabis or go beyond a two drink minimum while reading this book. You will need your wits about you; maybe this book is better served with a cuppa and a piece of dark comforting chocolate.

Posted by JEFFREYKEETEN at 8:27 AM