PROUST'S OVERCOAT: THE TRUE STORY OF ONE MAN'S PASSION FOR ALL THINGS PROUST

Proust's Overcoat: The True Story of One Man's Passion for All Things Proust by Lorenza Foschini
My rating: 4 of 5 stars

”At the ball, Marcel Proust sat down in front of me on a little gilded chair, as if coming out of a dream, with his fur-lined cloak, his face full of sadness, and his night-seeing eyes.”--Marthe Bibesco 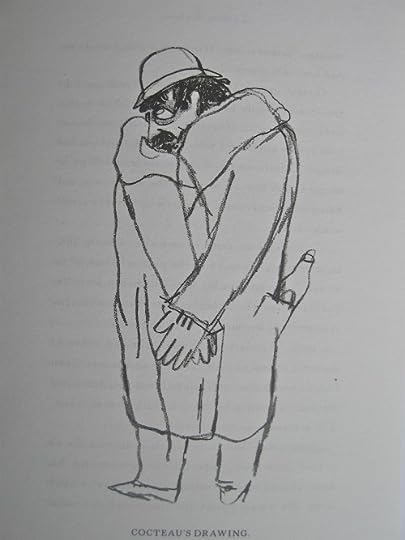 Jacques Guérin was a man of elegance and charm. He made a fortune from the perfume business, showing a savvy mind for marketing, for anticipating shifting market trends, and for outmaneuvering his competitors to gain market share. He was a very successful person if we are weighing people on a capitalist scale.

Being a perfume baron didn’t make him interesting to me, not in the least. Now Guérin the collector of rare books, manuscripts, and fine things, that was a man I found to be fascinating. Guérin was a Proust fanatic, but he also appreciated and supported other writers. In fact, he gave Jean Genet safe haven on more than one occasion when he was down on his luck or just emerging from prison. I loved the way Genet described his friend and benefactor. ”There is no better way to express my gratitude than by proclaiming the joy I feel in knowing a reader for whom fetishism is a religion.”

Guérin had met Proust’s brother, Dr. Robert Proust. The meeting did not go well. It was only after Robert died that Guérin found himself caught up in a desperate struggle between the widow and the remaining possessions of the great Marcel Proust. She despised her connection with a man who was unabashadely homosexual, wrote such extravagantly embarrasing books, and showed such disregard for the bourgeois way of life. Mrs. Robert Proust wanted to destroy or sell everything in her possession that had once belonged to Marcel. Backyard bonfires destroyed numerous notebooks and letters. Inscriptions were ripped from books. It was enough to bring anyone who loved literature to their knees. A malicious assault like this on the ephemera of a writer denied all of us those glimpses of the man behind the words.

Guérin was determined, through begging and with satchels full of cash, to save what he could. It was interesting how vehement stances might be based on moral issues, but that money almost always softened the fervancy of the need for punishment/destruction.

The author Lorenza Foschini was not only telling us the story of Guérin, the foremost Proust collector, but also of her own search for Proust’s fur lined overcoat. ”If I try to imagine Proust. I close my eyes and see him covered in his dark coat, as he was so often described by those who knew him. Reading In Search of Lost Time, I can only visualize the Narrator swaddled in his otter-lined overcoat.” Proust was sickly and spent most of his time in bed, writing, writing, and writing some more. He was determined to capture all his memories in exquisite detail before the Grim Reaper, who had been resting a chin on his shoulder his entire life, could finally collect his soul.

This was about a collector, a fur lined overcoat, and a writer who died with very few possessions, but who left us with a treasure trove of his wonderfully composed thoughts.

Posted by JEFFREYKEETEN at 1:35 PM