Two of my more recent posts on Shelf Inflicted have been spotlights thrown on an author's series.  I took a look at a few Duane Swierczynski books and then just two weeks ago, posted my thoughts on Chris F. Holm's Collector books.

I thought this week I'd throw up three books from author Will Christopher Baer.  An incredibly underrated and criminally unknown neo-noir series about an unwilling hero and a deadly woman.  Check it out my thoughts after the jump. 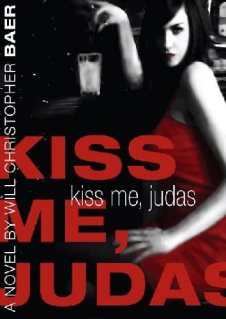 Have you ever loved someone who’s mortally wounded you? Phineas Poe, disgraced cop and morphine addict, has just been released from a psych ward when he meets a beautiful woman named Jude in a hotel bar. Red dress, black hair, body like a knife. He takes her back to his room and wakes the next morning in a bathtub full of blood and ice, missing a kidney. Dragging himself from a hospital bed, Phineas discovers he wants to be with Jude like a hunger and he wants to find her and kill her. Falling for her is the start of a twisted love story that takes him from the snowy streets of Denver to the high plains of Texas where the boundaries between torturer and victim, killer and accomplice, become nightmarishly distorted.

Recommended to me both by my buddy, Matty as well as the good folks over at The Cult, I had high hopes for the first of Baer’s “Poe” trilogy. Written in the style of a good Quentin Tarintino film, Baer jumps around from past to present so fluidly that it forces you to constantly pay attention. His knack for tying the events that shaped the current state of the books protagonist, Phineaus Poe, to his current mindset is impeccable. You really believed that he was slowly unraveling at the seams. Of course, as in a Tarintino film, the dialogue and the violence are all very stylistic – leads to excellent and addictive narration.

Baer’s female lead, the reason for Poe’s current situation, Jude, is one of the stronger female leads I’ve had the pleasure of reading. His descriptions of her really play into why Poe is head over heels for this woman – despite her actions. The majority of the supporting characters are integral to the books progression; you really get the feeling that Baer eliminated any and all filler. The novel is tightly structured and you never get the impression that Baer is out to create an epic for the sake of creating an epic. 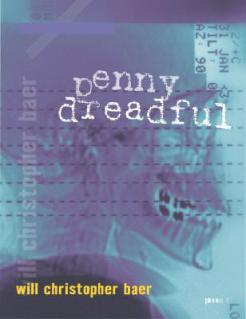 As much as I really liked Kiss Me, Judas, I loved Penny Dreadful that much more. To steal an overused cliché, this book was a “tour de force” (which I’m not really even sure what that means other than perhaps, tour of force?). Either way, overused descriptions aside, this book is in a word, awesome.

Baer really outdid himself. I enjoyed the first entry but was a little weary about starting this one (despite the fact that I went on and on about how much I enjoyed it). I think it was partly due to the fact that I had so much to read as well as a general feeling it may be a let down. And, truth be told, I did feel that way starting out, I thought the subject matter was a little out there. An ongoing, seemingly never-ending fantasy based game involving the theft of one’s tongue? Insanity.

Basically, the way the book breaks down is that you enter the game, usually through an invitation from someone else, and are quickly established into a caste. Either you’re a “Fred”, which is someone not aware of the game and is being hunted by a Mariner (one who hunts tongues) or a self-aware “Fred”, which is someone who knows they’re in the game but unsure of where they belong. Along the way, you’re given assignments and instructions by a “Glove” a person of supreme importance. You also have the ability to confess to a “Redeemer”, someone whose sole job is to comfort those lost within the game. This of course is all fueled by a hallucinogenic drink called “The Pale”, made mostly of herbs with a little heroin thrown in for good measure.

As this is the second in the Phineas Poe trilogy, Poe is our central character. He inadvertently gets drawn into the game while on the hunt for missing cops, most notably a missing cop named Jimmy Sky. While going undercover to gain some information, he encounters Eve, a central character from the first novel. The novel progresses as Poe is drawn deeper and deeper into the game of tongues.

Honestly, it’s not quite as screwed up as I initially thought. The way that Baer crafts the game, the structure, the rules; you really believe that this could actually work. It’s clear that this is a genre that the author firmly belongs in as he has such conviction with the noir genre. His writing is so exceptional; the book is endlessly quotable.

I’m starting Hell’s Half Acre immediately. Jude makes her triumphant return and the series switches back to the sole point of view of Poe – something that had been mixed up a bit in “Penny Dreadful”. Hopefully, it’s just as good as the first two. 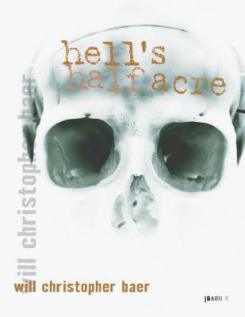 I don’t really know what to think of this book. I’ll try to form some sort of..review.

I really dreaded writing this because I wasn’t really sure how to put my thoughts on this into a review. Whenever I feel negative or just..weird..about a book, the review seems a lot harder to do than when I love something. In this case, it’s even harder because I can’t really pinpoint exactly what this book did wrong. The structure was pretty similar to that of Kiss Me, Judas. From page one, to the end; almost every main character is on some sort of drug or mood-altering substance. I’m not sure why but after reading Penny Dreadful, it was hard to go back to what KMJ (Kiss Me, Judas – for those not following along) was like in terms of overall narrative. Don’t get me wrong, it’s not that I had any problems following along Baer’s twisted neo-noir fantasy – I just didn’t enjoy it as much this time around.

Poe’s main antagonist this time, aside from Jude’s twisted psyche, is John Ransom Miller, a wealthy lawyer. Miller agrees to provide Jude with Senator MacDonald Cody, one whom she completed a hand amputation on a few years back while living in Mexico. Cody spots Jude somewhere in California and immediately sets out to have her destroyed – it’s basically a “you can’t get me if I get you first” kind of thing. The only thing that Miller wants in return is her participation (and a few others) in the creation of a snuff film. A snuff film in which the victim’s identity will not be revealed until the murder occurs.

Miller is just too out there. His character is so all over the place that it made me crazy. While I understood Poe’s reasons for cooperating, it gets to a certain point where it no longer made sense to me. It gets so complicated, so insanely twisted, that I was just annoyed. I can appreciate some of the moral dilemas..but these characters are all completely out of their minds. By who they are and how they came into this situation, none of them should even be aware of any moral obligation they hold to anyone.

The only character I really felt anything for other than Poe, was Molly. Molly was one of the actresses hired for the snuff film, which may or may not be Miller’s present girlfriend. She really didn’t have any interests in most of the insanity other than trying to create a memorable performance. The scenes in which she connects with Poe were well done and had me rooting for the two to get together – however, I think it’s more so because Jude enraged me 99% of the time.

Baer really missed this one for me. It was necessary for him to continue the story for Jude, with her absence from the 2nd novel but he made me hate her so much that the ending just fell flat.

** On another note, for a book so over-the-top violent and sexually charged, I’m bothered by other trivial things. Kind of says something about what I’m used to reading.
Posted by Unknown at 9:09 PM