Gather Round, Me Mateys, While I Tell Ye About Emer, Scourge of the Seven Seas! 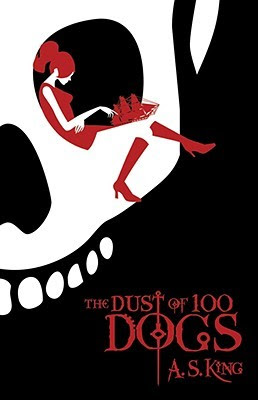 This is definitely one of the more interesting premises that I've encountered in young adult fiction and, given all of the carbon copy Twilight/Harry Potter series books out there, it deserves high praise for that alone.

Young Emer Morrisey has a loving family and a happy childhood until her parents are brutally killed and her village destroyed during Cromwell's invasion of Ireland. From that point on, Emer's life is one disappointment after another: poverty, arranged marriage, abusive uncle, hunger, imprisonment, and rape. It's no wonder that she loses hope in goodness and kindness and, when fate brings her to the pirate haven of Tortuga, she decides to take from others as viciously as life has taken from her. That's right--Emer is kicking ass and taking names as the captain of her own pirate ship and it's not long before she manages to make a name for herself as one of the most cunning and bloodthirsty pirates to ever sail the seven seas. When Emer crosses the wrong man, she is killed and cursed with "The Dust of 100 Dogs," meaning that she will be reincarnated 100 times as a dog before finally being reincarnated as a human being and able to take care of unfinished business.

The novel begins with the birth of Saffron Adams, the human reincarnation of Emer after she has endured several canine lifetimes. Saffron is her own person, yet still has all of Emer's memories and knowledge. As Saffron searches for the treasure Emer was able to bury before her death, the novel deftly switches from past to present as we learn of Emer's past and Saffron's future. If all of this sounds bizarre and confusing, well, it is, but in a good way. The novel maintains suspense and draws all of the storylines together to a satisfactory conclusion. The one expectation that wasn't met for me is that we learn very little about Emer's dog lives; instead, the chapters are interspersed with short vignettes about what Emer the dog learned about human nature from various owners in various time periods. This is probably a smart move on the part of King as reading about the lives of 100 dogs, while intriguing, could become pretty tedious somewhere around the third Milkbone treat given, leg humped, or fire hydrant peed upon.

In reading other reviews, many readers were shocked by the brutality and the sexuality in the book (which I actually found to be pretty tame). Um, yeah, I think that it could be because it's a FREAKIN' PIRATE book and not a Disney theme park ride. Others seemed to be shocked to find such content in a young adult book, but I have no such worries. I'm sure teenagers have already figured out the sex thing, yeah? And they've probably done it from unsupervised watching of cable television and unmonitored Internet usage their parents make accessible. And it's a hell of a lot better than reading three books of Bella lusting after sparkling Edward's cold, hard . . . well, you know. (*removes self from soapbox and drags it back to the corner*)

So, yes, good book, definitely enjoyed it, and suffered no negative side effects other than a desire to walk around saying, "Arrrggghhh, me matey" to everyone I met for a week.
Posted by Amanda at 7:57 AM