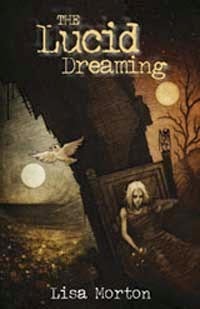 Ashley, a twenty-something California girl, is a post-punk who would rather be called Spike and who worries about money, her family, and freeway traffic. She’s also a violent paranoid schizophrenic living in a state facility west of Los Angeles, her disorder kept under control by confinement and the drug Prolixin.

One day Spike is shocked to find her cell door open and so she ventures out, only to find the walls smeared with blood and the staff missing or dead. She escapes and ventures into a world that’s been driven mad by waking nightmares, where she’s now the sanest person alive. Searching for answers, Spike embarks on a road trip that will lead her from Beverly Hills to a nightmarish Texas compound to the highest office in the land...

Ashley, who prefers to be called Spike, is doing time in Oxnard, an overcrowded, state-funded mental health facility about an hour from her home in Los Angeles. Her crime was stabbing a homeless man who was rummaging through the trash at her apartment complex while she was off her meds.

While Spike is serving her sentence, bizarre events begin to take place at the institution, and suddenly it seems as if she is the only one who is sane. Spike is a paranoid schizophrenic who doesn’t act according to the voices in her head. Instead, she has vivid pictures in her mind that direct her actions, and most of them are rather dark and violent. The Prolixin she is required to take prevents those vivid dreams from occurring and enables her to lead a relatively normal life.

While Spike is doped up on Prolixin, those who are entrusted to care for their mentally ill charges have not shown up to provide food or dispense medication. Screaming, blood, incoherent mumbling, waking dreams and odd behavior finally drive Spike from the institution. On the way out, she grabs drugs, money, clothing, a gun, and an SUV and heads out in search of her best friend, Tommy.

Tommy is of no help. On her own, Spike encounters others suffering from the waking dream “epidemic” occurring all over the world. With her SUV and a companion with a gentle soul and passive nature who has happy dreams, Spike journeys across the US and finds that there are others who have learned of a way to control the epidemic.

The paperback edition has 92 pages and was a fast-paced and fun read. The story was told from Spike’s own perspective. She was foul-mouthed, funny, resourceful, and had a cynical outlook on life that made her a vastly appealing young character.

I thoroughly enjoyed this story and plan to look for more by this very talented author.
Also posted at Goodreads.
Posted by Nancy at 6:23 PM