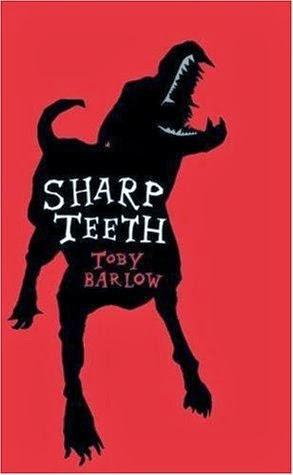 
An ancient race of lycanthropes has survived to the present day, and its numbers are growing. Bent on dominance, rival factions are initiating the down-and-out of L.A. into their ranks. Caught in the middle are Anthony, a kindhearted, lovesick dogcatcher, and the object of his affection: a female werewolf who has abandoned her pack.

Knowing someone isn’t coming back
doesn’t mean you ever stop waiting.

Her appetite has become tremendous in every way
they make love in the kitchen, the living room,
and she eats huge plates of pasta.

Her teeth hit his neck
The last things he sees are her eyes.


Having read a couple of Ellen Hopkins’ books, I was not at all intimidated by the free verse style. There’s much in here to like. At times the atmosphere was charged with action and violence, and at other times there was a quiet beauty and sense of loneliness and loss pervading the story. There were lots of characters, some who stood out, while others were completely forgettable. For a novel about werewolves, there is a lot of humanity here. Yet, it left me vaguely unsatisfied. The pace was excruciatingly slow, the plot meandering until it all crashed together in the end, making me scratch my head in bewilderment. What should have taken me two days to read ended up taking longer than a week.

I’m wondering if reading it a second time would make me appreciate its brilliance more.

Also posted at Goodreads
Posted by Nancy at 3:33 PM