Again for the Defense: Mickey Haller 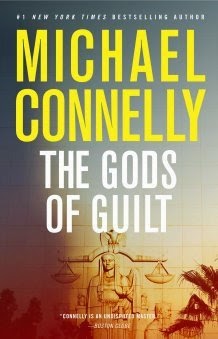 
This is another excellent Mickey Haller courtroom drama from Michael Connelly. As the book opens, Mickey is called to the L.A. jail to represent a pimp who is accused of killing one of the women he "represents" in a dispute over money. The pimp had booked a date for the woman at an expensive hotel. But the woman calls the pimp and tells him that there's no one in the room and that she has come home empty-handed.

The pimp admits going to her apartment and arguing with her, insisting that she was simply holding out the money on him. He even admits to putting his hands around the victim's throat, but insists that she was alive and well when he left her.

The cops believe they have an open-and-shut case, and when Mickey is called in, things are not looking good. They get even more complicated when it turns out that the victim was a former client of Mickey's. Mickey always had something of a soft spot for the woman, whom he knew by another name. He believed, mistakenly, that she had taken the stake Mickey gave her, left the life and started anew. He's embarrassed to discover that he's been played.

Mickey takes the case, and no reader will be surprised to learn that it quickly becomes even more complicated than it initially appeared on the surface. Even more surprisingly, Mickey's client may actually be innocent. Proving that, however, will not be all that easy and along the way, Mickey makes some very powerful enemies and may put himself and those around him in grave danger.

As always in a book by Michael Connelly, there's plenty of action, great dialogue and tension that builds to the proverbial shattering climax. The courtroom scenes are especially gripping and confirm Connelly's position as a major player in the legal thriller genre.
Posted by James L. Thane at 11:00 AM