Dani Britton Is On the Run in Redemption Key 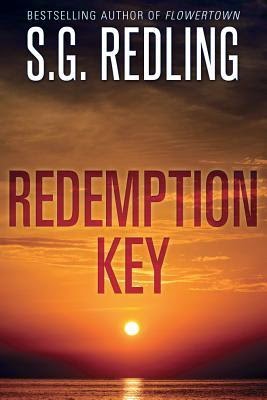 In The Widow File: A Thriller, S. G. Redling introduced a young data analyst named Dani Britton who worked for an exclusive and secretive security company near Washington, D.C. One afternoon, while Dani was away from the office, virtually all of her co-workers were murdered in an effort to conceal some of the work that the company was doing. The villains behind the attack on Dani's firm then sent a savage hit man named Tom Booker to finish the job by eliminating Dani. Booker failed in the effort, and both he and Dani wound up badly injured in the course of his attack on her.

Nine months later, Dani is now mostly healed, but she still bears both the physical and psychological scars of the attack. Determined to put her past as far behind her as physically possible, Dani takes a job at a fishing camp called Jinky's on Redemption Key in south Florida. She's basically doing grunt work--cleaning rooms, making repairs, wrangling kayaks and tending bar. She's also vigorously working out, attempting to get back into shape and otherwise trying to keep her head as far down as possible.

A place like Redemption Key naturally attracts a lot of odd, strange and curious characters. Many of them, like Dani, are on the run; not all of them live within the strict confines of the law. The owner of the place where Dani works is a guy named Oren Randolph. Randolph is basically a good guy and a good boss, but he does provide a service to various criminal elements. His fishing camp, far off the beaten track, is an excellent place for people to do deals that they'd rather not consummate in the light of day. For a fee, of course, Randolph provides the meeting room and serves as a facilitator, keeping the peace between and among parties who are not always peaceful and who do not always trust each other.

Dani's area of expertise while working for the security company involved her uncanny ability to "read" people. Randolph soon recognizes her talent in this regard and begins assigning her to tend bar and serve food and drinks at the meetings he's facilitating. She can read the mood of the room and of the meeting participants and help Randolph keep things on an even keel.

Inevitably, though, sooner or later one of these complex negotiations is bound to blow up, causing major problems for everyone involved, Dani included. And when it does finally happen, it couldn't come at a worse time, because other dangerous threats from the life Dani fought so hard to leave behind are suddenly converging on her once again.

It would not be fair to say any more about the plot, but Redling has created here a cast of very intriguing, off-beat characters and dropped them into a well-drawn setting and a riveting story. The tension mounts with every page, and the climax is as unexpected as it is heart-pounding. This is another excellent entry in this young series.
Posted by James L. Thane at 11:41 AM