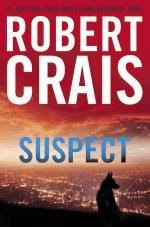 Reviewed by James L. Thane
Four out of Five Stars

MWD Maggie T415 is an eighty-five pound black and tan German shepherd; she's also a Marine halfway through her second deployment in Afghanistan. With her handler, Pete Gibbs, she works as part of a patrol and explosives detection team. The two are devoted to each other and then one morning, while out on patrol, Maggie is sniffing out IEDs, when the unit comes under enemy fire. Pete is killed; Maggie is badly wounded and when they are choppered out together, Maggie is left with no one.

Scott James is a patrolman on the LAPD. Late one night out of nowhere, he and his partner, Stephanie Anders, suddenly find themselves in the middle of a shooting war when a gang of masked men attacks a Bentley rolling down the street in front of them. Two victims in the Bentley are killed as is Stephanie Anders. Scott James is very badly wounded and the killers get away clean.

Ten months later, Scott is back on the job, if only barely. He's in therapy, attempting to deal with the trauma that still haunts him and hoping to recover memories of that night, no matter how small, that might somehow jumpstart the investigation and lead to the men who killed his partner.

Scott's goal in the LAPD had always been to join the elite SWAT team, but there's no chance of that now. Instead, he's assigned to the K-9 unit. After an initial training period, he'll be paired with a dog. His new "partner" is still to be determined, but while in training he bonds with Maggie who has now mostly recovered from her physical wounds and is being retrained to work as a police dog.

Both Scott and Maggie still bear the scars, physical and mental, of their traumatic experiences. The sergeant who leads the training unit doesn't have much faith either man or beast, but reluctantly agrees to give them a couple of weeks to prove themselves.

In the meantime, Scott has managed to insert himself into the ongoing investigation of the crime that took his first partner's life. In therapy, he remembers a small but vital clue that reinvigorates the investigation and from that point the story progresses as we watch the progress of the investigation and the developing relationship between Maggie and Scott.

It's a terrific story, which will come as no surprise to people who have read earlier books by Robert Crais. But what is astounding is the development of Maggie, who becomes perhaps the book's central character. Certainly, she's the most intriguing character and at several points, the story unfolds from her point of view. It sounds sappy, but Crais makes it work brilliantly.

This is not, by any stretch of the imagination, one of those dopey books where dogs and cats think like human beings and are almost always smarter than most of the humans in the book. Maggie thinks like a dog, and she's totally believable; her role in the story requires not the slightest suspension of disbelief. She's one of the most unique and interesting characters to come along in crime fiction in a long time, and we can only hope that this won't be the last time we see her.
Posted by James L. Thane at 8:34 AM