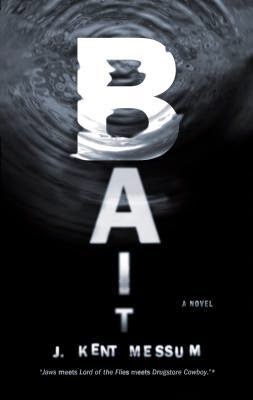 J. Kent Messum
Plume
Reviewed by Nancy
4 out of 5 stars


No one is coming to your aid. We have ensured this.

Six strangers wake up on a remote island in the Florida Keys with no memory of their arrival. They soon discover their common bond: all of them are heroin addicts. As the first excruciating pangs of withdrawal make themselves felt, the six notice a yacht anchored across open water. On it lurk four shadowy figures, protected by the hungry sharks that patrol the waves. So begins a dangerous game. The six must undertake the impossible—swim to the next island where a cache of heroin awaits, or die trying. When alliances form, betrayal is inevitable. As the fight to survive intensifies, the stakes reach terrifying heights—and their captors’ motives finally begin to emerge.


It’s been a lot of years since I missed my bus stop because I was so absorbed in a book.

Now that I take the bus to work every day, I mostly use that time to read, except when I’m playing Words With Friends or observing my fellow passengers.

This book was on my radar for a while and I kept putting it off because I was afraid it would be derivative and predictable. Thanks to my Goodreads friends’ reviews, I thought I’d take a chance and dive in. I’m so glad I did!

It’s the author’s fault I missed my stop and had to walk to work in the pouring rain. I wasn’t grumpy for long, since I knew the remainder of the book awaited me as soon as I got home.

This is a very disturbing, action-packed tale that explores the effects of drug addiction and withdrawal on people’s lives and the motivations of a mysterious group of people who have their own bizarre ideas on how to address the drug problem.

The author cleverly provides a backstory about each of the six addicts, including the events that led to their arrival on the island. They are troubled people and certainly not very likable, but I’ve always had a soft spot for addicts, and it bothered me a little that they were so desperate to get to that cache of heroin that they would risk becoming shark food.

“He spoke no more, heart twisting in his chest the same as the others. They were beyond fucked up, emotionally wrecked and chemically imbalanced to the point where they were toxic to the hearts and souls of others they came in contact with. Their personal demons had come to roost with the skeletons in their closets, resulting in a rape that produced a broken bastard love-child in each of them. This love-child, born of heroin and regret, needed constant feeding. Sacrifice was the only thing it would eat.”

Only, the story wasn’t so predictable as that. The bad guys and the sharks are not the only danger. There is much infighting among the six addicts, and I found myself trying to predict the order they would be killed and who would survive in the end.

Read this for the action and gore, or read it to see how poor choices and lack of empathy and respect for others wreck human lives. Either way, you won’t be disappointed.
Posted by Nancy at 6:00 AM