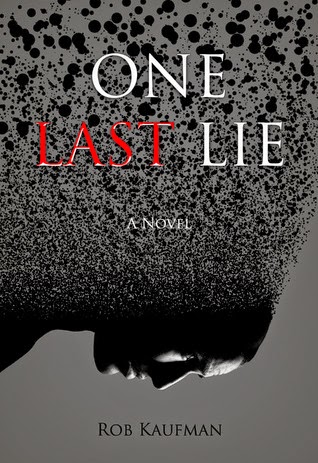 Her name is Angela – beautiful and charismatic, she’s every man’s dream and every woman’s envy. But she wasn’t always like this and the secrets of her scarred past cling to her like a poisonous leech. Her beguilement has become the perfect disguise, hiding her silent rage and compulsive determination to get whatever she wants no matter who gets hurt, or killed, along the way.

And now she’s about to wreak havoc in the lives of her old college friend Philip and his life partner Jonathan, a loving couple whose most fervent dream of having a child has consistently eluded them. With a masterful performance, she convinces them that she’s not the person she once was and the three should have a child together through artificial insemination.

The agreement is made and from that moment on, Philip and Jonathan’s idyllic life begins to unravel. Like Alex Forrest (Glenn Close) in Fatal Attraction and Catherine Trammel (Sharon Stone) in Basic Instinct, Angela’s mask of deceit gradually disintegrates as her psychological demons claw to the surface, leaving Philip and Jonathan regretting the day they ever allowed her into their lives.

Filled with psychological suspense and pervasive foreboding, this page-turning thriller brings readers on a relentless rollercoaster ride, evoking emotional upheaval that remains long after this novel’s final word. Told from an elderly Jonathan’s hospital bed, the story quickly unfolds into a tale of legal, medical and psychological twists that turn into heartbreak, deception and ultimately murder.

One Last Lie is a timely and tension-filled novel with an ending that shocks even the most observant of readers.


Shortly after my 23rd birthday, a gay male friend asked me to marry him. We worked closely together for two years, our cubes separated by one flimsy wall. Our friendship started tentatively, gradually progressing from occasional lunches to spending quite a bit of time together outside of work. I learned he was deeply closeted and only out to me and one other gay man at work. Not even his parents knew. I also learned that despite being gay, his politics were very conservative. A few times he asked me to attend various Republican events with him as he was eventually planning to run for local office and didn’t want to be seen without a companion. So I put on my nice dress, smiled and shook hands, and tried to be a supportive friend.


Right after one of those events, he popped the question. I thought he was joking, but the intense gaze and firm set of his jaw said otherwise. I dared not laugh or tell him no, and instead asked for a few days to think about it. After thinking about it, getting married didn’t sound like such a bad idea. My friend made decent money and lived in a small house in a good neighborhood. I lived in a dumpy third-floor apartment in a bad neighborhood and my car was always in the repair shop. If we lived together, my quality of life would improve dramatically. The only thing required of me would be to attend more of those foolish Republican events and occasionally entertain other fledgling politicians. Of course, we could both date whomever we wanted, as long as we didn’t bring them home. He also promised that I could bank my salary since his was sufficient to take care of our necessities.

Lavender marriages have happened all throughout history. Could we make it work and live our independent lives? We were good friends, despite our political differences. What could possibly go wrong?

After thinking about it, I decided against marriage. Friends are not always forever. Over time, people’s needs and desires change. Good intentions could go horribly wrong. Promises are made that could easily be broken. Suddenly, that good friend becomes an enemy.

Reading One Last Lie reminds me that there are certain things you should never do with a close friend. Getting married is one. Having a baby is another.

If only Phil had listened to Jonathan…

I loved the chapters with old Jonathan. The decline of his advancing age, his lack of control and independence, and the sorrow permeating his entire being were heartrendingly authentic and his tale told masterfully.


“The old man was dying, and the worst part was, he knew it.

He could feel it in his brittle bones, popping and cracking with every move. He tasted it in his mouth – the bitter phlegm sitting on his tongue. He could even see it through the viscous film caught between his quivering eyelids.

But the telltale sign of approaching death was the feeling of surrender that had crept into his aching body – complete resignation to his current existence and to the life he’d led. The fight was just about gone.”


Flashback to when Jonathan and Phil were younger and ready to start a family. When Phil’s bout with testicular cancer and subsequent radiation treatments rendered him sterile, they looked to Phil’s old friend Angie who drops in their lives out of the blue after 15 years. Angie has successfully battled obesity, but her depression, rage and unpredictable moods are troublesome to everyone she comes in contact with.

It seems Jonathan has some problems of his own, an “irritated state of being”, according to his therapist. Things like a messy kitchen or nagging doubts and suspicion about Phil’s old friend disturb Jonathan’s neurotic sense of order.

Then there was Angie’s boyfriend, who also had trouble controlling his temper even with Zoloft and Clozapine.

My feelings about this story were all over the place. I couldn’t wait to get back to the old Jonathan, to feel his pain and share his grief. I was so close to having a good cry, when there were more flashbacks and eye-rolling moments with an over-the-top villainess, an idiot of a boyfriend who failed to see the most obvious warning signs, who dismissed Jonathan’s legitimate fears and concerns, and who disregarded the seriousness of mental illness by making ignorant and misogynistic comments like, “…first of all, she’s pregnant. We already know women are crazy before they get pregnant, and now the hormones are going haywire."

I liked the pace of the story, but found the clues heavy-handed, making the story very predictable. It would have been a lot better had the serious issues been explored more sensitively and the secondary characters were not so one-dimensional.

This is Rob Kaufman’s second novel, and he promises “this is only the beginning”. He is an extremely talented writer adept at twisty, psychological suspense. I know his next book will be even better and I’m looking forward to it.