The Hour Before Dark 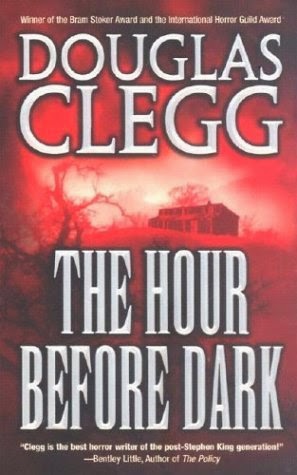 
As children, they played the Dark Game.

When Nemo Raglan's father is murdered in one of the most vicious killings of recent years, Nemo must return to the New England island he thought he had escaped for good, Burnley Island...and the shadowy farmhouse called Hawthorn. But this murder was no crime of human ferocity. What butchered Nemo's father may in fact be something far more terrifying...Something Nemo and his younger brother, Bruno, and sister, Brooke, have known since childhood.

There are secrets buried on Burnley Island.

Within the rooms of Hawthorn, beautiful Brooke Raglan has begun to go mad. She sees faces at the windows and wanders the night, trying to find what she believes is a monster.

Bruno Raglan has wiped the memory of a terrible event from his mind. Now he compulsively picks apart Hawthorn and discovers that within its walls lies a forbidden secret.

As he unravels the mysteries of his past and a terrible night of his childhood, Nemo witnesses something unimaginable, and sees the true face of evil while Burnley Island comes to know the unspeakable horror that grows in the darkness.


Nemo Raglan returns to his family home on a remote Massachusetts island after learning that his father had been brutally murdered. His sister, Brooke, was the one who found him in the smokehouse. She spent hours with him, sitting in a pool of blood. His brother, Bruno, who still lives on the island, is worried about Brooke’s deteriorating mental state as a result of her father’s slaughter. The three siblings attempt to figure out who could have butchered their father while they reconnect, discover dark family secrets, and recall old and painful memories.

The remote island with its harsh weather and provincial neighbors seems so far from the mainland that it may as well be another country. The large family home is old and creepy, with its many doors, secret compartments, and mysterious happenings.

This was a wonderfully written story, with believable and well-drawn characters that are easy to relate to, and a creepy and unsettling atmosphere. The horror is more of a psychological nature and does not rely on excessive amounts of gore.

I’m looking forward to more of Doug Clegg’s work.
Posted by Nancy at 6:00 AM