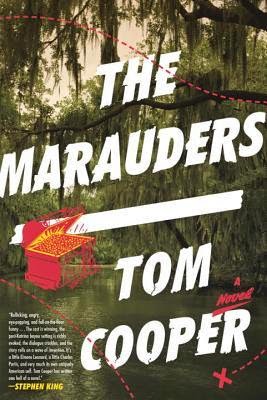 The denizens of Jeanette, a dying community in the Louisiana bayou, have never really recovered from the devastation of Hurricane Katrina. And then, as they are struggling to get back on their feet, they are walloped again by the disaster that flows to their shores in the wake of the BP oil spill. Many of the citizens of the tiny community barely eek out a hard scrabble living as shrimpers and as the oil fouls the waters for miles around, the already beleaguered shrimping industry is dealt a devastating blow.

But these are not the sort of people who will bow to the fates and give up easily. Fiercely proud and independent, they struggle on in a variety of ways, both legal and illegal, to preserve the way of life they've known for generations. The cast of characters includes a teenage boy named Wes Trench who has been estranged from his father since his mother was lost in Katrina. Wes and his father barely communicate any more, but tradition and the circumstances of fate decree that the two must continue to work side-by-side on the father's shrimp boat, falling further and further behind both emotionally and financially.

Meanwhile, a one-armed, pill-popping treasure hunter named Lindquist, when not working his own shrimp boat, pores over maps and spends countless hours roaming the bayous with his metal detector, searching for the long-lost pirate treasure that he's certain will allow him to finally fulfill his dreams. The cast also includes a pair of seriously twisted twins who are farming high grade marijuana on an island that they guard against all comers and a couple of small-time crooks on the lookout for an easy dollar.

Throw in a smarmy oil company representative who's trying to buy off for a pittance those who were harmed by the oil spill, including even his own mother, mix thoroughly, and the result is a great read that is at times hilariously funny and at others heart-breakingly sad.

Tom Cooper has gathered together a great cast of characters and set them loose in a perfectly rendered setting. He obviously knows the people and the landscape of this region very well; he writes beautifully and the story moves along at exactly the right pace. This is a wonderful debut novel that evokes echoes of writers like Carl Hiassen, Elmore Leonard and Daniel Woodrell, and I'm already looking forward to Cooper's next book.
Posted by James L. Thane at 7:24 PM