Poor Jack Reacher Is Just Trying to Hitch a Ride... 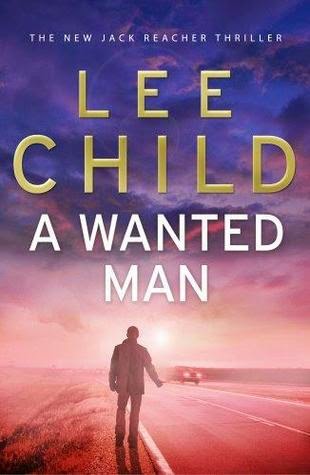 
Late one night in the middle of winter, Jack Reacher is standing by the road on an Interstate highway cloverleaf in the middle of nowhere, Nebraska. It's cold, there's very little traffic, and he's trying to hitch a ride that will get him to Chicago, from where he can make his way by bus or train to Virginia, which is his ultimate destination.

Catching a ride under these circumstances could be difficult in the best of times, but Reacher is a huge guy (much, much bigger than Tiny Tom Cruise), and he's sporting a recently broken nose that makes him look even more intimidating. Most reasonably normal travelers aren't going to take a chance on a guy who looks like this, especially at this time of night, and fifty-odd cars pass by without stopping. Finally, ninety-three minutes after Reacher first stuck out his thumb, a car finally stops.

The car is carrying two men and one woman who are wearing matching shirts and whom Reacher initially decides are on some sort of corporate team-building exercise. He accepts their offered ride and they speed off into the night. But as Reacher listens to them talk and watches their body language, he realizes that something is clearly off-norm here.

Meanwhile, back up the road, a man has been stabbed to death in an old pumping station by what would clearly appear to be a professional killer. Two men were seen leaving the scene and the local sheriff puts out an APB. Almost immediately, though, the FBI swoops onto the scene along with some other very secretive government types. Clearly, this is more than your average, run-of-the-mill homicide.

Thus begins another action-packed page turner from Lee Child. Reacher is on top of his game, broken nose or not, and there are two very interesting female characters along with an assortment of bad guys and government bureaucrats who, as we all know, should simply get the hell out of the way and let Reacher get the job done right.

I really enjoyed the first three-quarters of the book, but this is three stars for me, rather than four, because the last quarter of the book didn't measure up to the setup. I don't want to give anything away, and so I'll simply note that the payoff seemed a bit drawn out and even a little tedious.

One always has to suspend a great deal of disbelief when reading a book like this, and I have no problem doing so. But the end of the book seemed a little over the top even for a Reacher novel and not nearly as inventive or as interesting as the climaxes of most of the other books in this series. Still a fun read, but the first sixteen Reacher novels have perhaps set my expectations a bit too high for this one.
Posted by James L. Thane at 2:21 PM