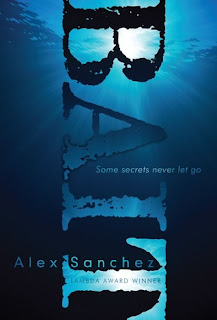 
After Diego lands himself on probation for fighting, he doesn't trust his probation officer, Mr. Vidas. But as he begins to open up, Diego realizes that he needs Mr. Vidas's help to get his anger under control. To do that, Diego will need to face the nightmares from his past head-on and confront the memories he's been avoiding. Will anyone even believe him if he tells the truth about his stepfather? Award-winning author Alex Sanchez writes about a teen's very real struggle to overcome his anger and take control of his life.


Diego is a good kid. He studies hard, he takes care of his little brother, Eddie, and most of the time he minds his mom. Diego gets in trouble when he punches a gay classmate after he looks at him funny and winds up on probation.

Distrustful of his probation officer at first, Diego eventually opens up and reveals painful details about his past. Vidas is patient and understanding, and after a few sessions, he learns that there are very serious issues hiding under Diego’s angry exterior. Vidas functions more as a therapist, helping Diego learn to manage his anger, accept himself, and learn to trust others.

This was a fast-paced and easy read, but the story dealt with a lot of serious subjects which were handled very sensitively. I liked Diego a lot and wanted him to stay out of trouble. The secondary characters were believable and well developed – Kenny, his best friend, Ariel, a girl in school he had a crush on, his mom, and his stepfather.

A powerful, compelling, and emotionally evocative story with a very hopeful ending.

Highly recommended!
Posted by Nancy at 5:52 AM