The Water Knife by Paolo Bacigalupi
My rating: 5 of 5 stars

“If I could put my finger on the moment we genuinely f**ked ourselves, it was the moment we decided that data was something you could use words like believe or disbelieve around.” 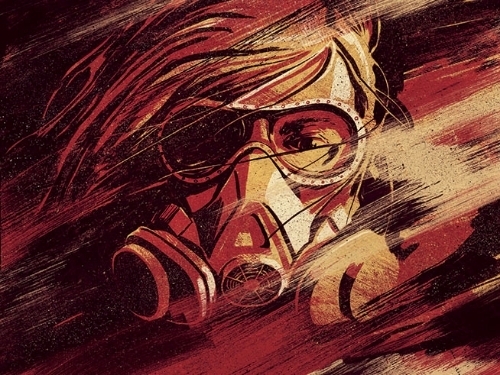 Massive Dust storms from abandoned farmland add to the misery of those left alive.

Water is going to be more expensive than gasoline.

Water is going to be more precious than gold.

Water is going to be fought over.

“Some people had to bleed so other people could drink. Simple as that.”

The world in the future is going to tilt sideways and only a few are going to be able to hold on.

When I lived in Phoenix in the 1990s, the city was in constant litigation with Los Angeles. Both communities were/are dependent on the Colorado River. L.A. was ascerting that Phoenix kept more than their share of the water from the Colorado River. This was true. The boom of large cities like Phoenix, Los Angeles, and Las Vegas moved a lot of people from places that had adequate sources of water to places where water is scarce. The weather in these communities, though too warm for some people during the summer, is a dry heat, and for most of the year the temperatures are moderate. It is easy to live there. I was meeting people all the time who gave up great paying jobs in Chicago, New York, Washington D.C. etc. to come live in The Valley even though they made considerably less money.

In 1986 (revised 1993), a reporter by the name of Marc Reisner wrote a book called Cadillac Desert that talked about a coming apocalypse in the West over water. “In the West, it is said, water flows uphill toward money. And it literally does, as it leaps three thousand feet across the Tehachapi Mountains in gigantic siphons to slake the thirst of Los Angeles, as it is shoved a thousand feet out of Colorado River canyons to water Phoenix and Palm Springs and the irrigated lands around them.” Water, worth billions then, is worth more now and will be worth an incalculable amount in the near future.

But then, ultimately, we can put a dollar amount on just about anything. The problem is that you and I may not have enough.

”The Doomsday preppers will be fine though right?

‘You have issues with them?’

‘Just when we pump their wells dry.’ He laughed cynically. ‘Never could figure out why people would think they could survive all out on their lonesome like that. All of them sitting in their little bunkers, thinking they’re going to ride out the apocalypse alone.’

‘Maybe they watch too many old Westerns.’

‘Nobody survives on their own.’ Angel’s vehemence made Lucy suspect he wasn’t really talking about preppers.”

There is speculation in the book about the ability of Americans, even those that are not batshit crazy doomsday preppers, to survive in a post-apocalyptic world. ”...people are alone here in America. They’re all alone. And they don’t trust anyone except themselves, and they don’t rely on anyone except themselves. He said that is why India would survive all this apocalyptic shit, but America wouldn’t.” We have become so fearful of co-dependency issues that we have become tribal units of one or in a best case scenario a tribe of immediate family. We are certainly vulnerable to catastrophe. I agree with those thoughts, but I also think we have always proven ourselves adaptable. The question will be will we change fast enough to save ourselves. 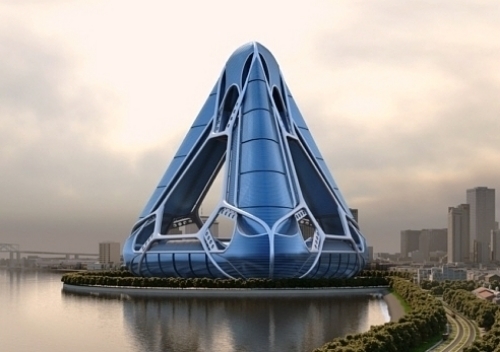 Angel Velasquez has survived the water collapse. He was plucked out of prison by Catherine Case, who has become the most powerful woman in the West. She controls the Nevada water from her stronghold in Las Vegas. She builds arcology habitats that are self-sufficient for water and also for all the other needs of the residents. These lucky arcology people are isolated, living in a bubble, immune to the suffering and dying going on mere yards away from their habitat. They are not for people like you and me. We are merely: ”Human spackle, filling the cracks of disaster.”The people living in these safe havens are very, very wealthy people. Angel is one of Case’s most trusted Water Knives. He and other loyal hand-picked members go out and enforce her water rights, and ensure the continued Disneyland existence of her arcology residents.

She dispatches Angel to Phoenix to see what is going on. Zona is up to their eyeballs in Texans and holy rollers. The city is coming apart at the seams. Coyotes are taking people’s money to take them North and then executing them in the desert. Desperation colors everything and everyone. Bangbang girls (Texas teenagers) are prostituting themselves with wealthy executives just for an opportunity to take a shower and wash their clothes in a hotel. Who actually controls the water is being disputed. The man who had the papers with the ancient water rights (written on actual paper) has been mutilated, tortured, killed. The papers are in the wind, and it is Angel’s job to get them back.

She was more saint than devil, but she couldn’t deny that she had a bit too much of both to have much of a chance of surviving in a place where it is becoming apparent that no one is in charge. The whole city is going tribal.

”It never rains in Phoenix, except when it’s raining bodies.”

Alliances are changing and re-forming. Gut wrenching betrayals are making it hard for anyone to trust anyone. California is working against Las Vegas. Las Vegas is working against Phoenix. States are controlling their borders, keeping the parched refugees from the Southern states from invading. Everyone has spies gathering information that can mean the difference between a community flourishing or a community declining. Cadillac Desert has become a water Bible as people try to understand exactly what has happened to them and what is continuing to happen to them. 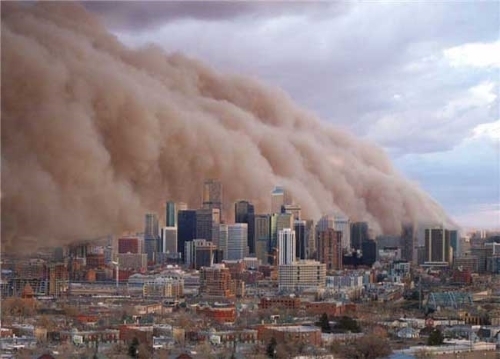 It is logical to cut off water to the rural areas when water becomes scarce. The problem is that it creates a food shortage. Land that is not being used for crops drys out and begins to blow creating massive, dangerous dust storms.

This book is set in the near future. The plot of this novel could be the harbinger of a future prize winning work of nonfiction. The book gave me shivers because the possibilities of this becoming reality are all too probable. It is such a compulsive read that I read the last 220 pages in one sitting interrupted only by the need for a glass of water to parch the thirst the book inspired. Noir is hardboiled into the inflections of speech, into the scars, into the actions of the characters. Bodies pile up, massive dust storms blanket the city, and uncontrollable fires greedily eat up the dry tinder of abandoned buildings. Phoenix has become hell on Earth. Water has become something no one has enough of.

If you wish to see more of my most recent book and movie reviews, visit http://www.jeffreykeeten.com
I also have a Facebook blogger page at:https://www.facebook.com/JeffreyKeete...