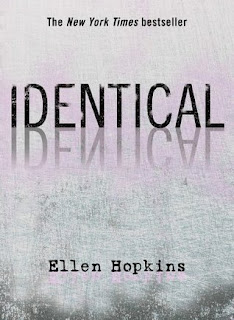 
Do twins begin in the womb?
Or in a better place?

Kaeleigh and Raeanne are identical down to the dimple. As daughters of a district-court judge father and a politician mother, they are an all-American family -- on the surface. Behind the facade each sister has her own dark secret, and that's where their differences begin.

For Kaeleigh, she's the misplaced focus of Daddy's love, intended for a mother whose presence on the campaign trail means absence at home. All that Raeanne sees is Daddy playing a game of favorites -- and she is losing. If she has to lose, she will do it on her own terms, so she chooses drugs, alcohol, and sex.

Secrets like the ones the twins are harboring are not meant to be kept -- from each other or anyone else. Pretty soon it's obvious that neither sister can handle it alone, and one sister must step up to save the other, but the question is -- who?


My grandfather was a prick. He was an alcoholic and a gambler. He had anger issues and extreme mood swings. He was liberal with his money at the race track and when he was out drinking with his buddies, but it was a big deal if my grandmother wanted a new dress or my mom needed a new pair of shoes. I always hated the way he treated my grandmother and my mother and hated the way they behaved when they were around him. I hated visiting my grandparents on Sundays after church and especially hated being left alone with my grandfather. He died peacefully in his sleep at the age of 86. It was too good for him.

Though I had no reservations about reading Tricks, some of the issues in Identical were a little too close to home for me, and I was afraid of triggering unwanted memories. My fear cast aside, I decided to borrow the unabridged audio version from the library. While my vague memories remained far in the past, I was able to feel a deep emotional connection with the characters. Ellen Hopkins must have teenagers of her own, or is very knowledgeable about the problems that can affect them. Her characters are solid, believable, and strong. As much as I enjoyed the narration, I find that the author's intimate writing style and loosely constructed free prose is meant to be read. After listening to the audio version, I borrowed the book just to see how the 16-year-old identical twins, Kaeleigh's and Raeanne's thoughts were shaped.

The story is told in alternating perspectives by the twins and covers myriad teenage problems, including father-daughter incest, eating disorders, drug abuse, mental illness, promiscuity, and cutting. While the characters were easy to get to know, I found the issues covered a bit too overwhelming and excessive foreshadowing revealed a plot twist that was not a big surprise to me by the book's conclusion.

Still, a mostly satisfying read and I look forward to Hopkins' other titles.
Posted by Nancy at 10:00 AM