Night Film by Marisha Pessl
My rating: 4 of 5 stars 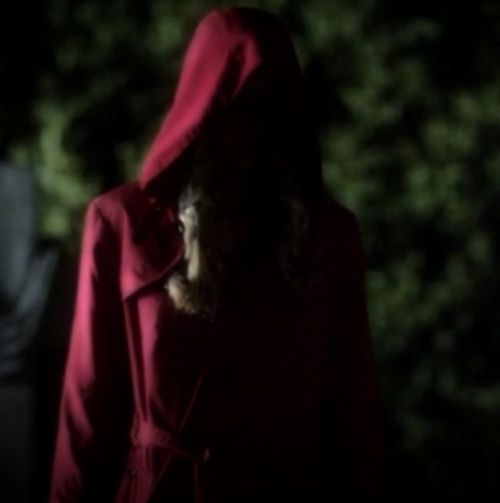 ”Whatever the truth about Cordova, within fifteen horrifying films, he taught us how our eyes and minds perpetually deceive us--that what we know to be certain never is.”

In the shadows stood a girl in a red coat.

Stanislas Cordova disappeared from public life thirty years ago. Scott McGrath, an investigative reporter, made an attempt to uncover the truth about Cordova and his films. McGrath paid a heavy price financially when Cordova sued him, and also professionally when some of his allegations proved to be based on chimeric evidence.

It wasn’t that he was necessarily wrong; it was just that he couldn’t conclusively prove he was right.

The Cordova films are fascinating, disturbing, and not readily available. Part of the lure of them is that basically the only way you can see them is from the original film canisters or from bootlegged VCR tapes. Cordova film watching parties are thrown, but the people invited to those parties are those exclusively hip enough to know that watching a Cordova film should be on their bucket list.

So who is Cordova? A question that McGrath keeps asking those few who knew him who are willing to talk. ”He was the vampire. He made you feel like he loved you, like you were the dearest person in the world to him; all the while he was sucking you dry, leeching your life out of you. You’d spend an hour with him. Afterward, you were a carcass. You lost all sense of yourself, all dimension, as if there were no difference between you and the chair you were sitting in. He’d be more alive, of course, invigorated for a week, writing, filming, insatiable, so wildly alive. Art, language, food, men, women---they had to be constantly fed to him as if he were a ravenous beast that could barely be contained within human walls. There was no end to his appetites.” 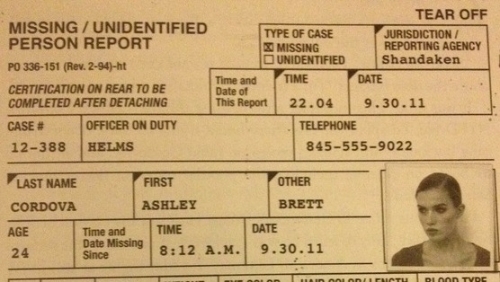 When Ashley Cordova, the filmmaker’s daughter, commits suicide by hurling herself off a building, McGrath, despite still recovering from his last losing bout against Cordova, senses that finally he has a line of inquiry that might lead him to vindication.

He is convinced that Cordova is evil, and his daughter’s death can’t possibly be a coincidence.

McGrath traces Ashley’s final days as she goes from rehab to lockdown to living in a dilapidated building. He picks up a Scooby Gang of a girl named Nora and the “loneliest boy in the world” named Hopper. Both are marginally connected to Ashley. Like everyone else that met Ashley, even in the briefest of situations, Nora and Hopper were profoundly changed by meeting her. There was something strange about the girl with the red coat, the girl with the piercing gaze, the girl who played piano like Mozart and who was so strikingly beautiful that men and women found her irresistible.

She was smart and profoundly sad.

She was a bird chained to a life that even in death one wonders if she could ever fly far enough away to escape.

As McGrath continues to investigate, tirelessly tracking down anyone who once worked with Cordova he starts to unravel more and more madness. Madness that spills into his own mind. ”My memories seemed to have been trashed, ripped and crumpled, strewn haphazardly around my head.”

Cordova without ever meeting McGrath has a finger stirring in the journalist’s mind. The Filmmaker has spent a lifetime manipulating people, conjuring up demented versions of the truth, and using his sinister intelligence to control every situation. Life, for Cordova,is but a larger version of a movie set. McGrath and his gang, not surprisingly, are overmatched at every turn. The question is how far will McGrath take this quest? Can he catch a phantom? Is Cordova even Cordova anymore? Does the need for revenge outweigh the need for the truth?

Marisha Pessl has written a compelling story where she makes the reader feel s/he is directly involved with the investigation. She does this by sharing the screenshots of the research documents that the team finds on the web and the pages of the police dossiers that a McGrath mole shares with them. Witnesses disappear almost as quickly as they are found. No one can give McGrath a clear and distinct picture of Cordova, his Moriarty. The slivers and crumbs of information he collects only create a puzzle without edges that spiral him deeper into a black hexagon of his own lunacy.

And all along in the shadows stood a girl in a red coat.

Posted by JEFFREYKEETEN at 1:46 PM