The Sword in the Stone by T.H. White
Reviewed by Jason Koivu
My rating: 4 of 5 stars

A time-traveling Merlin? Stop it, White ol' boy, you're killing me!

TH White's version of the King Arthur myth is...unusual. It's not a straight up retelling of the tale that tries to pinpoint any kind of actual date upon when the "real" King Arthur lived and base the story in that period. It floats about, taking little bits of history from here, a legend or two from there, and cobbles them together. It makes for an interesting fantasy.

It's also distracting. I'm the sort that likes to get immersed in my fantasy. I want to feel like I'm in that world. So, when a ghost knight is questing after a mythical beast and out of nowhere the author is talking about police officers it breaks up my willing suspension of disbelief. Funny, I know, that something that's real should ruin my belief of something fake. It worked so well in Python's "The Holy Grail"... 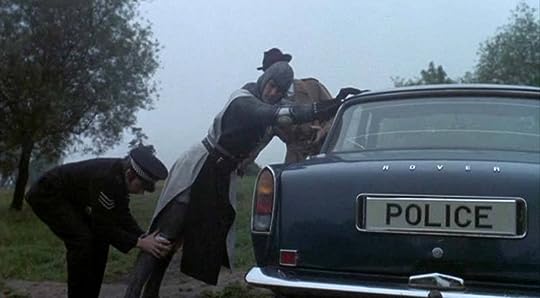 Ah, but I'm making too much of this and right from the start of my review. The fact is I really enjoyed The Stone in the Stone. The above gripe is a relatively minor one. For the most part I was able to sit back and enjoy the fantastical scenes, colorful imagery and oddball characters cooked up by White. It's an everything-and-the-kitchen-sink kind of book at times, but you just have to go with it, because of course it would be a kooky life, the adolescence of the man who later drew a sword from a stone in order to become king, referenced water spirits for his life choices and overcame the Knights Who Say Ni with a two letter word and a herring. Damn it. Now I'm the one mixing things up!