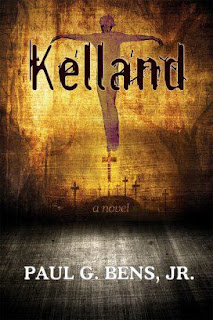 
When the Truth Is All That Matters.

The truth begins with a family evacuated from Saigon during the final days of the Viet Nam War. Or perhaps it begins later, with a devoutly Catholic child with the voice of an angel who is troubled by visions both sacred and profane. Or perhaps later still, with a couple drifting apart following a tragedy. Kelland appears to them all in the guise of a small boy, a lover, a priest...Kelland is an enigma, a puzzle, and an almost imperceptible presence. Kelland is violence, sorrow, and joy. Kelland is the common thread tying five disparate strangers together against the danger that awaits them.


Kelland definitely has the makings of a good horror story, but there is so much more that prevents it from being lumped solidly into one genre. There are elements of magical realism, family drama, suspense, and mystery. The story also explores religious faith, breaches of trust, and forgiveness.

Kelland is the mystery that binds the lives of five very different individuals. There is Minh and Toan, two brothers who left Vietnam to start a new life. There is 9-year-old George, with a strong religious faith and the awareness that he’s different from other boys. And there is Gareth and Melanie, whose marriage is deteriorating after they suffer a tragic loss.

The story bounces back and forth between the lives of each character and different stages in their lives. It was a little disconcerting at first, but the characters are so vividly described and each section builds on their story, so there is never any confusion.

Kelland is the force that helps each of these characters confront the evil that directly and indirectly affects their lives.

This story shook me to the core and left me breathless. It was dark and painful at times, but ultimately hopeful.