The World of Ice and Fire

The World of Ice & Fire: The Untold History of Westeros and the Game of Thrones by George R.R. Martin
My rating: 4 of 5 stars

The World of Ice and Fire is quite the interesting book that tells the history of Westeros as well as other parts of the world. Since the book is listed as on going history rather than a novel I'll list out what I think was the good and the bad.

- The first and foremost thing that is good about this book is the artwork. The artists did a truly phenomenal job. 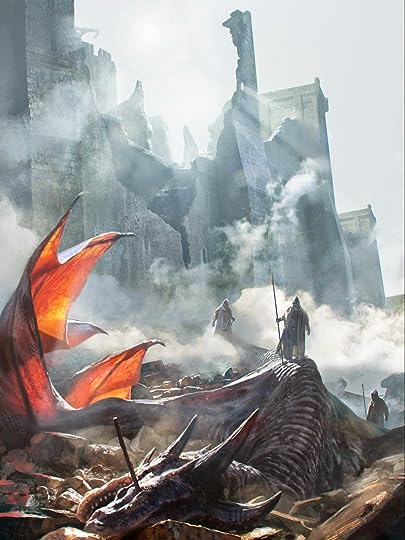 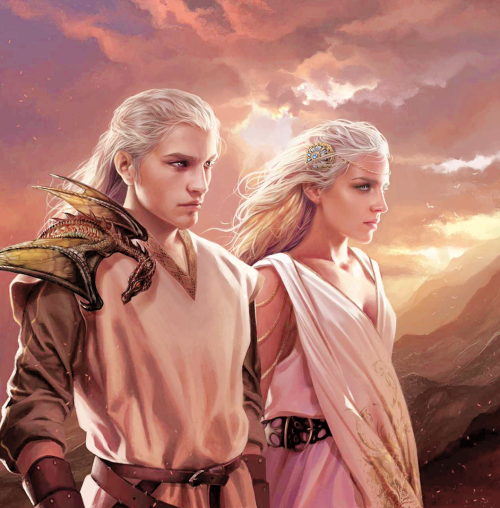 - Aegon's Conquest. Aegon's Conquest is told in the same styling as the novella The Princess and The Queen which gets into some interesting details although it's still mainly summarized.

- Tywin Lannister. I don't know if anyone else ever wondered exactly how and why Tywin decided to exterminate the Reynes and the Tarbecks, but that information is in the book. Also we get to see that Tywin was basically always a competent, determined, and if need be a violent man. 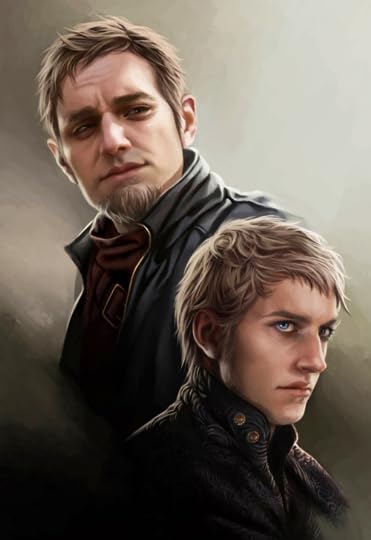 - The history of the Kings. I liked the history of the kings because it went through what could easily have been novels and novels of information rather quickly and succinctly. Although I do prefer the styling of Aegon's Conquest to the other summaries in the book.

- The book is supposed to be a compilation that was to be presented to King Robert by Maester Yandel (which are Martin's co-authors made into a maester). Unfortunately Robert and Joffrey died before the book could be finished so the book was instead passed to King Tommen. I thought it was an easy yet nice touch to tie the book into the main storyline.

- George R.R. Martin's choice to have co-authors who summarized his summaries. It took away from the richer details by Maester Gyldayn (Martin's maester persona) by continually editing down his information to generally not much more than the facts. Martin seems determined to capitalize on this editing by eventually releasing his full summaries of the lives of the Targaryen kings in a book I believe he intends to title Fire and Blood. Unfortunately we don't get that in this book.

- One silly thing I couldn't overlook was that fact that two Lord's of Riverrun were named Elmo and Kermit. They are father and son so it's impossible to ignore the likelihood the names were chosen from Muppet counterparts.

- After the lives of the various Targaryen Kings we go into history of each of the 7 Kingdoms which starts to feel a bit tedious particularly in the Kingdoms we know well from the main story line.

- The histories of the other countries are so fact based with little story telling that it gets more than a bit dull at moments. I would've preferred stories told in major events as was done with Aegon's Conquest.

- While this likely doesn't mean anything to anyone else, I noticed that the only currently living characters who happen to have artwork in the book are Daenerys Targaryen and Jon Snow. This may not mean anything or perhaps it's a further hint to the believed incredible importance of Dany and Jon in the remainder of the series.

- I enjoyed The World of Ice and Fire and although I doubt I'll ever read the entire book again, I'm certain I'll go back to it from time to time because some of the histories are astonishing.