HERO OF THE EMPIRE BY CANDICE MILLARD

Hero of the Empire: The Boer War, a Daring Escape, and the Making of Winston Churchill by Candice Millard
My rating: 5 of 5 stars

”I don’t like this fellow, but he’ll be Prime Minister of England one day.” 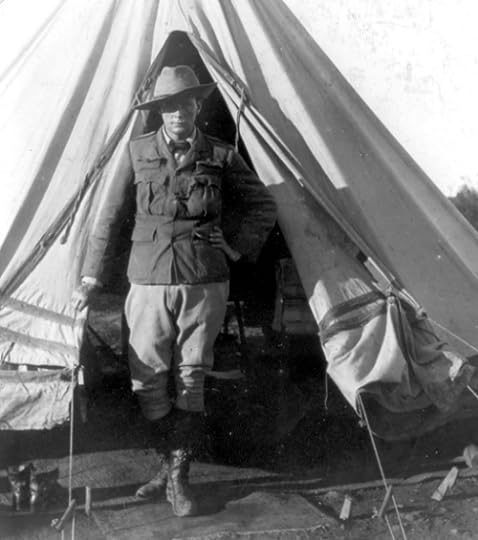 Isn’t he precious? Winston Churchill on the cusp of greatness.

Winston Spencer Churchill was an easy man to respect, an easy man to love, but a hard man to like. I don’t know if there has ever been a man more convinced of his own importance or with a clearer vision of his destiny than Winston Churchill. There are contenders throughout history, one being Theodore Roosevelt, who was the subject of Candice Millard’s first book. Napoleon comes to mind. Julius Caesar was willing to conquer his own country of Italy to be the man in charge. I’ve known some paler versions. One thing they have in common is that they believe completely in their abilities. They believe without a doubt that fate is on their side. They wake up every day thinking that this is the day that, finally, everyone will recognize how important they are. Because they believe in their own destiny so fervently, their ambition knows no bounds.

When we meet Winston Churchill in Hero of the Empire, he has just lost an election for parliament. He is desperate to live up to his family name. He is a direct descendent of John Churchill, the 1st Duke of Marlborough, who never lost a battle. Winston’s own father, Randolph, was a dynamic member of parliament, who unfortunately suffered a debilitating illness, which cut his career tragically short. His mother Jennie Jerome, an American, was considered one of the most lovely and desirable women in the world at the time. Lord d’Abernon once said that “there was more of a panther than of a woman in her look.” 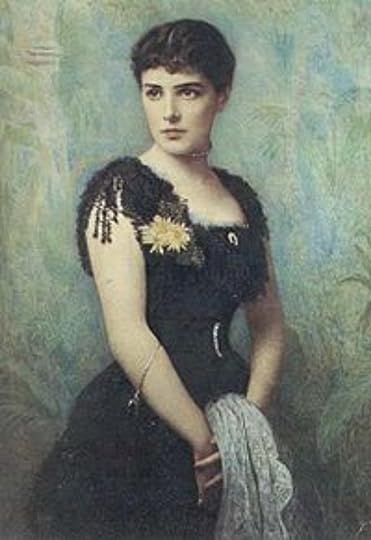 It is always interesting to look at pictures or portraits of these great beauties from another era. I find them fascinating because their beauty is not always readily apparent, by our modern standards, from just gazing at their likenesses. Jennie was certainly not a demure British rose and seemed to be one of those women who really enjoyed the company of men. She had many lovers during her marriage, including Bertie, the future Edward VII, who was nicknamed Edward the Caresser due to the number of conquests he had as Prince of Wales and even as king. Like Winston, he was another man who could never seem to get his mother’s attention (Queen Victoria) unless he acted up.

So here is Winston, practically being choked by the enormity of fulfilling his own idea of who he is supposed to be, fervently praying that the brimming war with the Boers in South Africa becomes a reality.

He needs a means to prove his bravery, which will be the first step in obtaining all his other ambitions.

He gets his wish. He quickly obtains a position with a newspaper and heads to South Africa as a correspondent. Not, of course, before spending a small fortune on alcohol and other certain amenities that would insure a certain level of comfort for the young aristocrat.
The Boer War, which this is technically the second Boer War, is being fought over some very lucrative gold and diamond mines the Boers control that Britain would like to obtain. The other underlying issue is that, since Great Britain disapproves of slavery, the slave holding Dutch Boers do not want to become part of the British Empire. 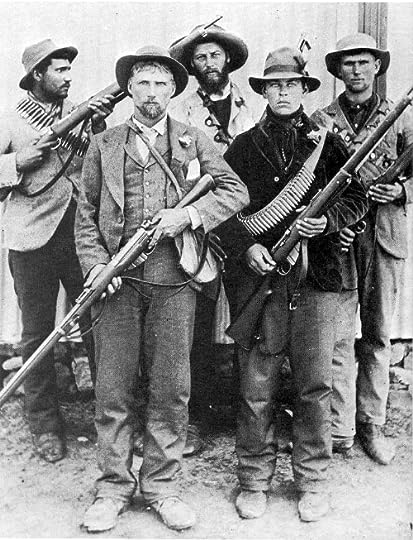 The Boers are not soldiers, just farmers and businessmen. They disdain the thought of wearing a uniform. They are very disappointed to find the British soldiers dressed in a much more prudent khaki than the lobster red uniforms for which they are famous. While the British still march in formation, this is 1899; you would have thought they’d have learned something from 1776, and the Boers, like the American Revolutionaries, fought a guerilla style war from cover. They approach war like a business. They aren’t there for glory or to be remembered for dying valiantly. They are there to win, and the only way they can win is by killing as many British soldiers as they can. They prefer to live to talk about their exploits.

One of Winston Churchill’s favorite mottos was ”Toujours de l’audance.” The famous quote of ”Georges Danton, a leader of the French Revolution who was eventually guillotined” translates as ”Always more audacity.”

If Winston were to die, which is a ridiculous thought... remember his destiny, then he wants to make sure he dies bravely and oh so spectacularly.

Now, I’m not going to go into any detail on Churchill’s capture and escape because that is why you all need to read the book. The only thing that I want to mention about that part is that there is a moment when he is reading Robert Louis Stevenson’s Kidnapped and, given his circumstances, he identifies quite strongly with the main character, David Balfour. RLS shows up everywhere!

Candice Millard, as always, does an incredible job taking a slice of history and filling in enough details before and after to give the reader what they need to know to understand the significance of the moment. If you don’t know very much about Churchill, this is a great place to start. If you know quite a lot about Churchill, you will still find nuggets of information that you didn’t know before. Millard does a thorough job of researching her subject matter. She puts out a book about every five years, and that is because of the time she spends sifting through original documentation to insure that she has her information as correct as history can be. She has a fluid writing style that had me flipping pages like I was reading a novel. 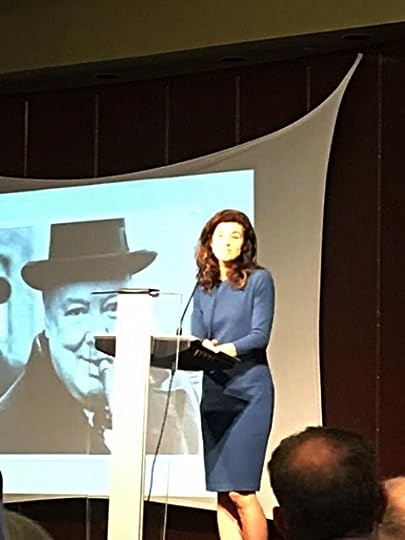 There were these very bright lights shining on her face so I wasn’t able to get a clear picture with my iphone, but as you can see behind Millard, she gives a picture slide with her presentation.

I was fortunate to finally meet her at an event at the Watermark Bookstore in Wichita. She lives in Kansas, so I knew it was only a matter of time before I finally caught up with her. I asked her several questions about President Garfield. Her book Destiny of the Republic, about the assassination of the president, was superb. She told me that she was convinced that, had he lived, he would have been one of our greatest presidents. There are a lot parallels between President Theodore Roosevelt and Winston Churchill, so it is no surprise that her first book The River of Doubt was about Roosevelt’s journey through the Amazon. Men like Roosevelt and Churchill are fascinating, and writers have written many comprehensive books about them. I think what makes Millard a special writer is that she takes an event in time and defines the person by how they reacted to that event. 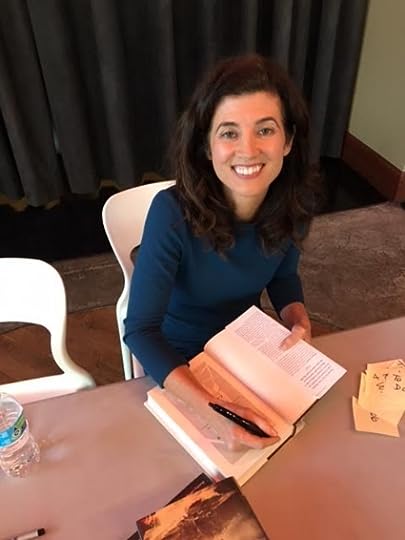 And here is Candice Millard about to sign the books that are now permanently residing in the stately Keeten Library.

So don’t hesitate to meet Winston Churchill or Theodore Roosevelt or James Garfield under the deft guidance of this talented historian. Pamela Plowden, Winston’s first real girlfriend and lifetime friend offered some great advice about Churchill. ”The first time you meet Winston you see all of his faults, and the rest of your life you spend in discovering his virtues.”

Posted by JEFFREYKEETEN at 9:07 AM