The Archimedes Device by C.M. Hanna
My rating: 4 of 5 stars

”The safest general characterization of the European scientific tradition is that it consists of a series of footnotes to Archimedes.” 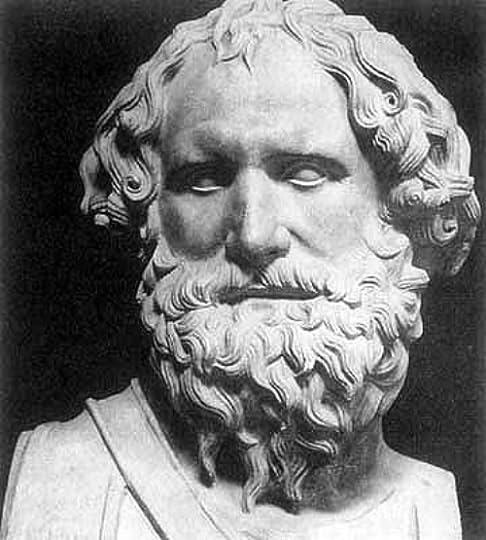 I do believe that Leonardo Da Vinci is better known to most people than Archimedes. Not to take anything away from the extraordinary mind of Da Vinci, but if we are making a list of the most brilliant minds throughout history, Archimedes should be talked about with the same hushed awe as Da Vinci. He was a mathematician who used math to design and create war machines (Da Vinci was employed to design war machines, as well.) to protect his native city of Syracuse, Sicily. War is always inconvenient to scholars. He also ”proved a range of geometrical theorems, including the area of a circle, the surface area and volume of a sphere, and the area under a parabola.” Moreover, he anticipated modern calculus and numerous other standards of mathematics upon which current science and math are built.

He lived from 287 BC to 212 BC. To think about what he accomplished living in that time period is simply stunning. Leonardo Da Vinci came along much later, during the Renaissance, living from 1452-1519. Now during the Renaissance, the great minds of that era showed an interest in Archimedes’ works. The problem was that much of what he wrote was lost during the Middle Ages, which brings us to our story.

This novel opens in Alexandria, Egypt, in 48 BC with the invasion of the Romans and the burning of the Great Library. A scholar, a member of the secret society of Pythagoreans, is having to make a choice of what to save from the library.

He has only his two hands.

Does he save great works of literature? Philosophy? No, he knows without a doubt what he must save. He must save Archimedes. Through the smoke and the falling timbers, he lays hands on what he was looking for and, against the odds, finds his way back out of the building and thus... begins the journey of a book. To call it a book is an overstatement. It is a piece of papyrus with the designs of an amazing machine etched by the hand of Archimedes. This astonishing piece of ingenuity has been ignored for almost 2000 years.

Society cannot be trusted with such a valuable object, so the Pythagoreans must protect it, along with numerous other important works throughout history, from those who can’t understand the importance of it. 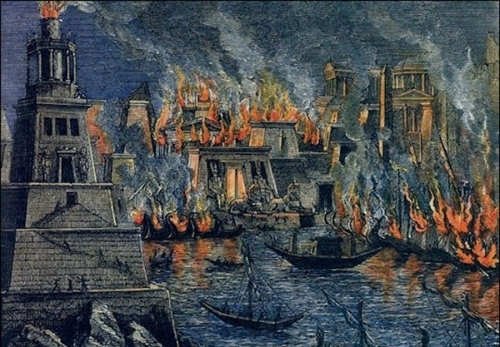 The burning of the library of Alexandria, one of the most tragic blows of knowledge lost.

The authors take us on a tour of the historical world. One of my favorite stops is in Constantinople in 1204. Another invasion, this time Venetians, is putting books, art, and not to mention people at risk. We meet Halldorr, an oversized Varangian warrior, who is trying to stave off the attackers, and a nun named Simonis, who has a much different task...to once again save the Archimedes papyrus from destruction. Now she is no ordinary Nun, just as Halldorr is no ordinary man. She has been trained in the most deadly arts of self defense by the Pythagoreans. Needless to say, they are meeting for the first time, under the most perilous circumstances, and unfortunately, it will be a brief meeting. That is the fickleness of fate, to show you the missing half of yourself, but only long enough for you to recognize who you need just as you watch them slip away.

And then there is Joannes Scutariotes, a 15th century scribe who shows up in our story in Venice, then Spain, then Hispaniola, with the crew of Columbus and then Cuba. He is on the run. He is a rogue Pythagorean who has absconded with the Archimedes papyrus as a form of revenge against the Society for denying him the love of his life. A Pythagorean in love is a very dangerous thing. This is one of those cases where the authors took a real life person and fictionalized aspects of his life for the purposes of plot. They include a list in the back of the book of all the historical people who have a played a part in their story. They also list all the historical artifacts that are used in the story, as well. Very handy reference devices that proved very helpful.

I’ve given you a small taste of the time machine moments when the authors take the reader back in time, but woven in amongst those tasty treats is a modern day treasure hunt for the lost Archimedes papyrus. Joannes did a very good job of hiding it by making everyone believe he destroyed it, but of course at heart, he is a Pythagorean despite his rogue tendencies, and he could no more destroy such a work as he could put out his own eyes.

The academic Ruth Sanders has found something that makes her believe that she is on the trail of something spectacular. She draws the attention of the odious Edouard Raleigh (yeah, he changed his name and, man, does it sound cool). He is a man interested in antiquities and is willing to do anything to lay his hands on any and all artifacts that are sellable. He pays men to raid archaeological digs, and in the process, he steals history. Providence is lost when the artifact is taken from where it was found, and all it becomes is a piece of expensive decor for a collector or a one percenter.

He is also ruthless.

Ruth is joined by her daughter Rebecca, Mark Whitmore, a treasure hunter, and the mathematical savant Lucas. They are soon on their way to Italy to follow the convoluted clues left by Joannes while staying one step ahead of the Italian authorities and the unsavory Edouard Raleigh and his goons.

So what is the Archimedes Device? It is not for me to tell you, but I will tell you that a monk, much later than when Archimedes designed his device, Richard of Wallingford in 1327, rediscovered the concepts that Archimedes discovered 1,500+ years earlier. Knowledge that was lost for centuries. That is a new standard for being ahead of your time. 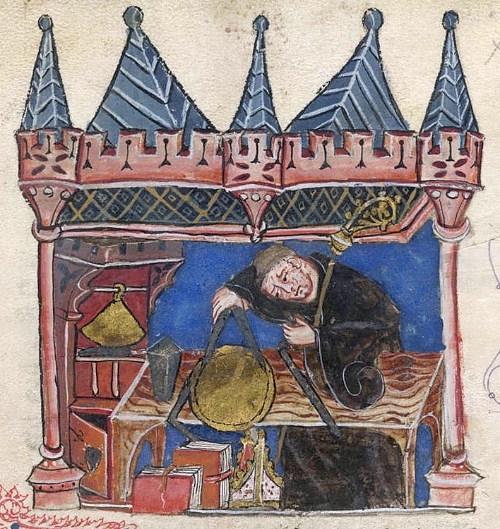 Richard of Wallingford, though brilliant, was late to the party by 1,500 years.

I don’t read much in the way of thrillers anymore, but I found the concept of going back and forth in time compelling. A mystery carried forward for centuries certainly held an appeal to this amateur historian. The authors have done their research and do a good job of placing the reader comfortably in the various eras, whether it be 48BC or 1492 or 2016. The paperback is 600+ pages, but don’t let that dissuade you because the pages will turn quickly. I enjoy those books that within a few pages you realize that you have to know the outcome.

Posted by JEFFREYKEETEN at 2:02 PM