Very Little Appreciation From This Reviewer 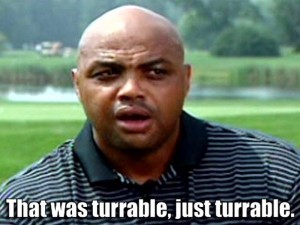 I don't know if all Free Guides are as bad as this, but I'm not planning on finding out, not if I can help it.

Wine Appreciation Freeway Guide is an audiobook meant to wile away the rage-inducing commute by imparting tidbits of wine info. Instead it incites revolt, as in, I am revolted by their hokey attempts at humor and the looow production values.

It's only about an hour long and yet a quarter of it is taken up by the intro and unnecessary explanations. A variety of voice "talent" is used to "liven things up" (are you catching my sarcasm, 'cause I'm laying it on pretty thick), but the actors have naturally annoying voice tics and/or they ham things up too much with the broadest of broad comedy. The wine expert Robin Stark speaks with a sharp, grating tone and plays along with the shenanigans, when she probably should've put her foot down and said, "No, this is shit and you all know it's shit, so cut it out."

What's even more embarrassing for this supposedly professional production is their LIBERAL use of the free sound clips and songs that come with Apple computers. I've used these jingles and sound effects for my home videos when editing with iMovies on my laptop, so I'm quite familiar with them, but for christsake, I'd never slap a price tag on them and try to foist them upon the public!

Okay, so I've beaten the Wine Appreciation Freeway Guide pretty brutally so far. Now let me cut it some slack by saying that it's not all bad. Most of this tells you what many intro-to-wine-for-noobs guides are saying these days: the taste of wine is subjective, so drink what you like.
However, I actually did learn a little bit about wine, more specifically corks, "corked wine" and what it all means: Bacteria grows on the cork and screws the flavor, so they store the bottles on their sides and thus the alcohol stays in contact with the cork and prevents bacteria! Once wine purists/traditionalists get over themselves and give up the cork, my cork knowledge will become obsolete. Until then, bring on the pub quiz!