Inhuman, Volume 2: Axis by Charles Soule
My rating: 4 of 5 stars

Black Bolt has been missing since the events of Infinity, but thanks to Lineage, Medusa now knows he's alive. Medusa tasks her best detective along with her Nuhuman partner to find Black Bolt. Meanwhile Reader had rescued Xiaoyi, but are his intentions as pure as they appeared? 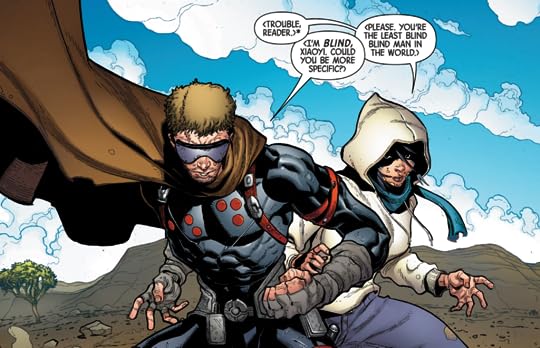 So I read this at the start of my Marvel Unlimited month and wasn't impressed, but after rereading it I have no idea why. Maybe I was just in a bad mood. Perhaps the Axis tie in really messed me up, but now I've read it so that could be the difference.

So Maximus has finally found a way to take control of Black Bolt's mind and he's controlling his every action. Auran and Frank McGee (Nur) are on their trail. 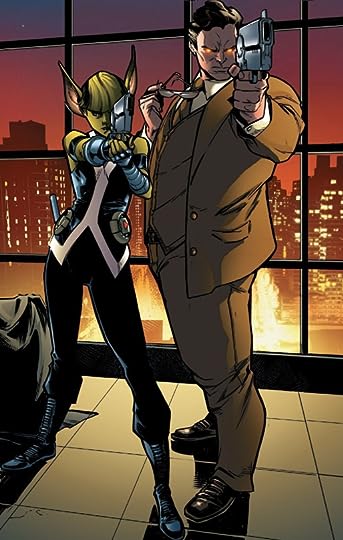 I'm a big fan of Frank McGee though. He's not the standard new hero. He's not young and naive, a scientist, or the result of some freak accident (basically not counting the terrigen cloud). A detective forced into early retirement because of his glowing eyes and forced into New Attilan because his eyes were giving his wife nightmares. He's a good guy and a strong addition.

Reader didn't save Xiaoyi out of the kindness of his heart. He's paid to bring new Inhumans to Ennilux. Unfortunately Xiaoyi isn't his normal job and things get complex.

I really enjoyed this volume of Inhuman and I like the direction they're moving.