The Continuing Tales of Uthred of Bebbanburg

Warriors of the Storm by Bernard Cornwell
Reviewed by Jason Koivu
My rating: 4 of 5 stars 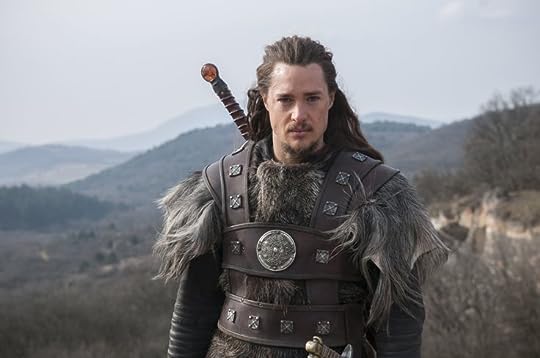 Dashingly handsome Uthred of Bebbanburg's life story vikings along in Warriors of the Storm, the ninth book in the Saxon series.

First off, Uthred is never described as being handsome in the books. That is a tv fabrication. Okay, I just needed to get that out of the way.

Anywho, this is a serviceable book that continues the saga admirably. It's not anything special. No major historically related events take place. It's more personal. In fact, at one point Uthred has to rescue his daughter and son-in-law.

It does feel like maybe Bernard Cornwell is wrapping things up. A prominent character from earlier books bites the dust, and when that begins to happen the end is often nigh. However, we're talking about an author who's learned his lesson about rushing a good thing along just to get to the end. With his Sharpe series, Cornwell ended up going back and writing prequels because a tv show had developed and fans clamored for more. I wouldn't be surprised to see the Saxon series double in size before he's done with it. However, it probably should've already ended. I mean, at this point it feels like he's having to pull out of his ass new ways to get Uthred into hot water.

Having said that, if he does keep putting out more and more of these, I will keep reading them. It's enjoyable stuff and I'm fully invested in the characters. "Please sir, may I have some more?"

View all my reviews
Posted by Jason Koivu at 6:30 AM