Throat Sprockets by Tim Lucas
My rating: 5 of 5 stars

”I wondered if I hadn’t been so deeply affected by Throat Sprockets because it had given this unfinished something deep within me, after all these years, the teeth it needed to access a body-temperature flow of nourishment.” 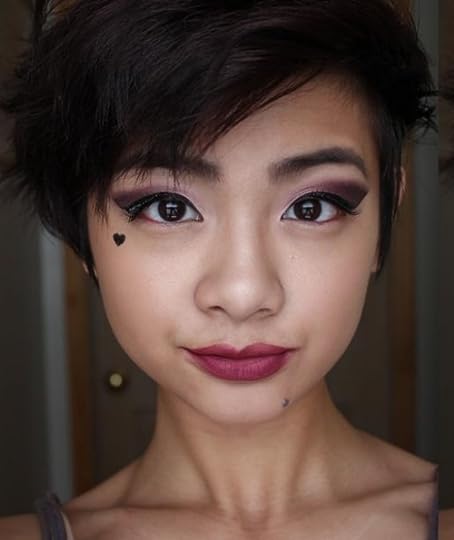 Our unnamed narrator frequently escapes to the sticky floored darkness of his favorite pornographic theater to relax and eat his lunch. His trenchcoated companions are barely a distraction in the periphery of his vision. If we are trying to place him on the scale of perversity, he ranks a bit above average, but certainly not in the red zone. He is a garden variety, breast man.

Until he sees Throat Sprockets .

”The director had a thing for women’s throats.”

His wife, Paige, starts noticing some changes in his behavior. He has always liked to give her shoulder massages, which always culminated with him groping her breasts. She can count on the fact that he is a breast man, and she has the breasts to keep him happy, but then he starts giving her massages that end with a special fixation on her neck. Her breasts, ready to be offered as a reward,...are...ignored.

Puzzling, but not alarming.

He knows this need is not natural. He is developing an unnatural appetite. It scares him and invigorates him. He begins listening to different music. ”It was all about throat music. He couldn’t have cared less about the content of the music, he was after the substance of it, the texture, the sex of it, the husky vibrato. He was burrowing, digging, chewing into sounds, completely unconcerned with melody, ignoring everything but the simple conceit that these sounds coming in moans and coos and wanton wails and soaring arias were an erotic discharge pouring into his ears from women’s throats.”

If Paige’s breasts had grown to the size of cantaloupes and had sprouted wings, he wouldn’t have cared less, nor would he have been moved to desire if she had grabbed his head and stuck his face in her cleavage . His eyes would have been locked on the pulse in her throat. 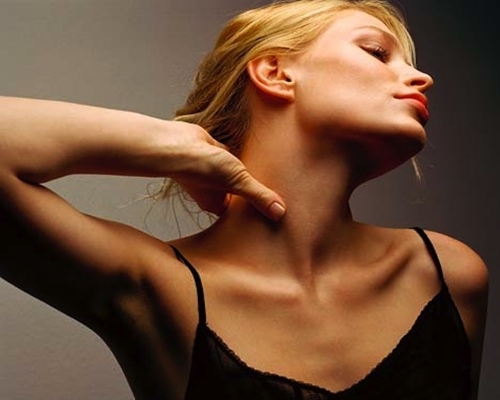 He works as an advertising writer, and soon he starts to realize that all of his ideas are centered around his interest in the concepts expressed in Throat Sprockets. He starts to realize that his desires are not as unnatural as he thought. The term sprocketing is becoming a known term, and whole groups of young people are becoming chokers, offering their necks and their blood to those who have found a desire that exceeds their sexual lusts. It is on the verge of an epidemic.

His descent into madness continues to spiral downward; each spiral is tighter and moving faster. He seeks the well spring of the film. The director proves elusive, but he does find some people involved with the film. He pays exorbitant amounts of money for anything connected with the film that will give him a better understanding. The question is, can he save himself before…”I hear the sound of a garroted camera as my blood runs out of film.”

This isn’t a vampire book. It is actually a fascinating journey of erotic obsession. I happen to find women’s necks very attractive, but I have no interest in the blood that pulses beneath the skin. Beauty for me is best left unmarred...well...maybe mussed a bit. For our narrator, it isn’t enough to gaze upon say the beauty of a dark round mole on a lovely female neck. He wants to consume it. He wants to possess it. I’ve learned over the years that those things that most of us might find unnatural or even disgusting are the very things that turn other people on. Any perversity that you can conceive is something that someone else has turned into an obsession. To say it is unnatural or unique may not be as true as I would like to believe. As Google releases more and more information about our true online interests, which actually are a more honest representative of our true desires than we would ever reveal in a survey, we might discover that our neighbors are more kinky than we had previously thought. 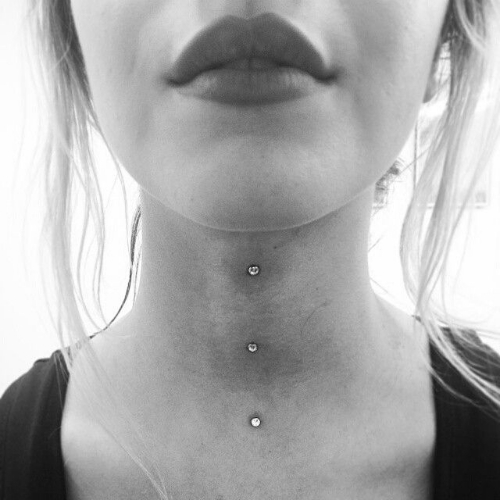 Oh my what nice hardware you have my dear.

Tim Lucas explores the dark side of desire. He does so with evocative sentence structures and dangles all kinds of threads for the discerning reader to pull on to open up the truth about your own obsessions. The book left me wondering if I have even found my kink. If the narrator had never seen Throat Sprockets, he would have lived out his life being perfectly fine venerating breasts. Is there a song or a movie or book that will reveal a desire I had no idea I possessed? Am I living a lie while unknown desires are dormant in some dark corner of my mind? Read this book at your own risk, my friends and followers.

Posted by JEFFREYKEETEN at 10:56 AM