Topaz by Leon Uris
My rating: 4 of 5 stars

”’Look up Wilson and Roosevelt’s declaration-of-war speeches to the congress and work up a draft...in case we need it,’ the President said.” 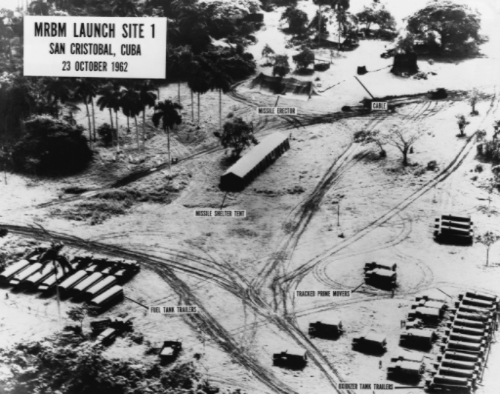 Nothing suspicious about all that!!

The Cuban Missile Crisis is, in my opinion and the opinion of many others, the closest we have come to World War Three. The citizens in America and Russia were not the only nervous people; the whole world was nervous. The struggle for power, as history has shown, never contains itself just to the principles involved. It bleeds into every corner of the world, or in this case, the radioactive fallout drifts where the wind will take it. The Russian President Khrushchev was convinced he could intimidate the young, brash American President Kennedy.

Well, if you know your history, you know who...blinks.

When Kennedy turns to his aide and asks him for those speeches given by Wilson and Roosevelt, even though I know he never uses that speech, it still sends chills down my spine because it really shows how close the world came to being annihilated. 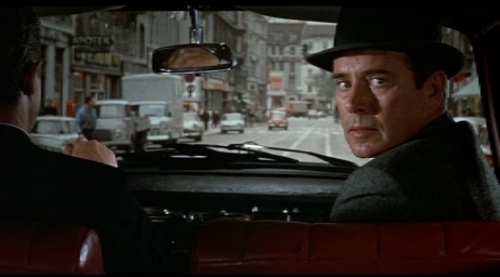 This story begins with the defection of Boris Kuznetov, a highly placed Russian official who learns he is about to be executed, but instead of placidly accepting his fate he approaches Michael Nordstrom, an American intelligence officer, with an offer of information for his life and the lives of his family. Once in America he will only talk to the French intelligence officer Andre Devereaux.

Kutznetov reveals that there is an operation called Topaz, involving highly placed KGB agents in the French intelligence community. What I didn’t know is that Topaz is based on the true events involving the Martel Affair, or more interestingly referred to as the Sapphire Affair.

This is a steaming pile of radioactive information to have land on Devereaux’s plate, but the Americans need him to do something else for them. He needs to go to Cuba and confirm that those shapes in the U2 overflight pictures are truly what they think they are. Andre is French, and he can just say no, but there is a Little Dove in Cuba whom he would like to see by the name of Juanita de Cordoba, whose husband was a hero of the revolution.

Getting into Cuba is not a problem. Getting out of Cuba with the information about the missiles turns out to be extremely difficult. 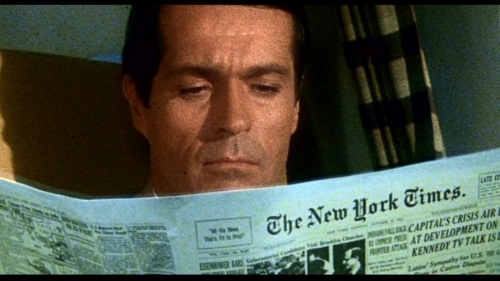 Frederick Stafford is Andre Devereaux in the movie version of Topaz.

1) He might end up in one of the many, many prisons that have been created since the revolution in Cuba. Viva la revolucion! Well, for some. The problem with most revolutions is that the ones who kicked the bastards out become the new bastards.

2) Rico Parra, a powerful Cuban official, wants The Little Dove for himself. He is pathological in his desire to possess her.

3) Andre’s wife, Nicole, leaves him and moves back to France because he doesn’t pay enough attention to her in Washington DC.

5) Who can he trust? There are highly placed KGB moles in his own government. Those same people will most certainly want him dead or discredited or, better yet, both.

6) Andre’s daughter is involved with a writer who has tweaked the noses of the wrong people with his incendiary writing. Telling the truth to a near dictator like La Croix is never safe.

7) Andre has narcolepsy, which when he is really tired or stressed can be temporarily disabling. It is a harbinger of more health issues on the horizon. 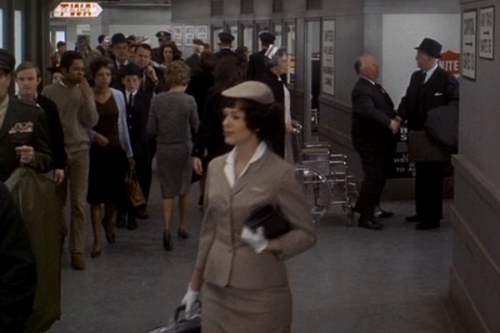 It is no wonder that Alfred Hitchcock decides to make a movie of the book. He stays reasonably faithful to most of the part of the book set in the 1960s. Leon Uris actually helped with the script, but he and Alfred butt heads over the character development of the villains in the story, and another writer, more conducive to Hitchcock’s ideas, is found. In the later part of the book, Uris devotes some time writing prologues about Devereaux’s adventures during WW2. This gives the reader some background, not only on Devereaux, but also the people he is most closely associated with. The very people who now are the top suspects to be the KGB moles in his government. 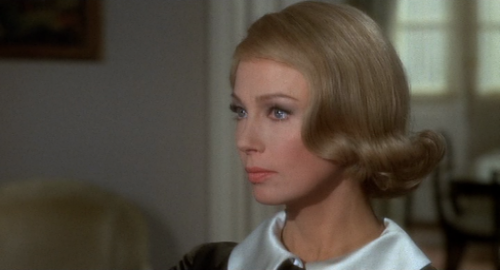 This is really an intriguing piece of Cold War writing with a convoluted series of plots that kept me puzzling over potential outcomes. The only misstep that dates the book is some statements made by Andre’s wife, Nicole, about how she should have given herself over to her husband. I read them out loud to my wife hoping she would see the logic, but all I received was a series of eye rolls and complaints about feeling nauseous. Like most people, Nicole does want her spouse to conform to her vision of what she wants him to be--someone powerful, but less involved in the day to day activities of keeping the world safe for democracy. I actually thought that Uris does a reasonably good job presenting a balanced view of her, but some of those statements she makes later in the book doesn’t ring true.

With all this extra background, now I’m off to rewatch the movie. It was a commercial bomb and did not resonate with audiences. I have a feeling that I will watch it with different eyes this time.

Posted by JEFFREYKEETEN at 3:39 PM