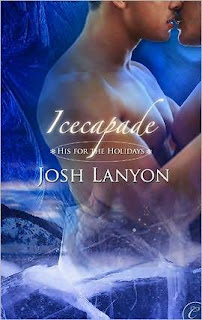 
On the eve of the new millennium, diamond thief Noel Snow seduced FBI special agent Robert Cuffe, then fled into the dawn. Now a successful novelist, Noel uses his capers as fodder for his books, and has modeled his hero's nemesis (and potential love interest) on Cuffe. Though he leaves Robert a drunken phone message every New Year's Eve, Noel hasn't seen or heard from him in a decade.

So he's thrilled when his former lover shows up at his upstate farm one Christmas Eve. Elation quickly turns to alarm when Robert accuses Noel of being responsible for a recent rash of diamond heists. Robert is all business and as cold as ice: it seems his only interest in Noel is to put him behind bars.

Innocent of the crimes, and still as attracted as ever to the oh-so-serious lawman, Noel plans a second seduction—providing he can stay out of jail long enough.

I have a weakness for stories about lovers on opposite sides of the law. Noel Snow is a reformed diamond thief, now horse breeder and popular novelist who bases his main character on FBI agent Robert Cuffe, a man he seduced a decade earlier and abandoned on New Year’s Eve.

Other than the annual drunken phone messages from Noel, the men have not seen or spoken to each other until the surprise visit from Robert to investigate a rash of jewel thefts in New York City. Though Noel is apprehensive, there is no denying the attraction between the two men.

I loved how Noel’s books were his way of flirting with Robert, of apologizing. The time they spent together showed glimpses of each other’s lives, past and present, all interrupted by the constantly ringing doorbell at Noel’s farmhouse. There’s the guy delivering Noel’s Christmas tree, the neighbor who needed help with rescuing a llama, and the psychic woman whose greenhouse generator stopped working.

If you want to fill your heart with warmth and Christmas spirit, this tender and funny romance is the perfect story to cuddle up with.
Posted by Nancy at 6:00 AM