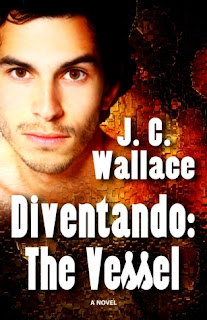 
Owen McIntyre is no stranger to the Grim Reaper. Diagnosed with leukemia at the age of fifteen, he's spent the last ten years slowly dying. With only two weeks until his next checkup, Owen’s body is already warning him that he is no longer in remission. Tired of the countless meds and chemo, not to mention the way his family coddles him, he decides to live and die on his own terms and forgo treatment. When he meets a lively college professor named Turk, conquering the man becomes part of Owen’s bucket list. But as Owen gets to know Turk, he starts to see him as more than a fling, a luxury that a dying man doesn't have.

But what if, suddenly, everything Owen knew to be true turned out to be a web of lies and deceit—even his diagnosis of cancer? Taken hostage, tied to a bed and subjected to painful experimentation, Owen's nightmare of leukemia is a far cry from the horrors he will face. No longer able to trust anyone in his life, including Turk, Owen is alone and cut off from the world. He has to make the hard decision to trust those who have betrayed him, including Turk (who he cares for deeply), or die a lonely death. With time running out, he’ll not only fight to live, but fight to want to live again, and even that might not be enough to save him from the evil that lurks inside.

Well, this book was a little different than I expected. I should have paid closer attention to the title, for it suggests what will eventually happen in this story. That’s not a bad thing, if you like suspense and supernatural elements with your romance. Normally I do, but I found that I was far more interested in 25-year-old Owen McIntyre’s journey with a terminal illness and the changes he undergoes as he seeks independence from his family, learns to live in the moment, comes to terms with death, and falls in love with Turk, who was just supposed to be a fling.

Complications arise in the form of Owen’s strange nightmares, Turk’s unusual research on demon possessions, Owen’s sudden onset of symptoms after being in remission for two years, and a hospital visit that makes his life a nightmare. As he is strapped down to a stretcher, he learns that his cancer diagnosis is a hoax, that he will not leave the hospital, and that there’s no one he can trust, not even Turk.

I know this sounds like it’s going to be a tension-filled thrill ride; strangely, this is the point where the story begins to lose steam. I would have liked more professionalism and dialogue between the medical staff and less of Owen’s rambly inner thoughts. The secondary characters, including Turk, could have been developed more. I felt Turk’s and Owen’s relationship moved too quickly in the face of a serious breach of trust. The action scenes moved along without a sense of urgency, and I never felt that Owen was in any real danger despite his callous treatment at the hands of the medical staff.

The writing was uneven and didn’t flow, particularly in the second half. Minor errors jumped out at me and pulled me out of the story.

As much as I enjoyed seeing Owen and Turk get their happy ending, I’m glad it’s over.
Posted by Nancy at 9:04 PM