Gunpowder Moon by David Pedreira
My rating: 5 of 5 stars

”Life is so tenuous on Luna’s desiccated expanse that staying alive is an endeavor practiced with almost religious fervor. No one ever deserts another man on the Moon. Race, creed, religion, flag---none of that crap matters. Dechert would risk his life for any Chinese digger in distress, as long as they were within range. And he knew they would do the same for him.

At least until what happened to Cole.” 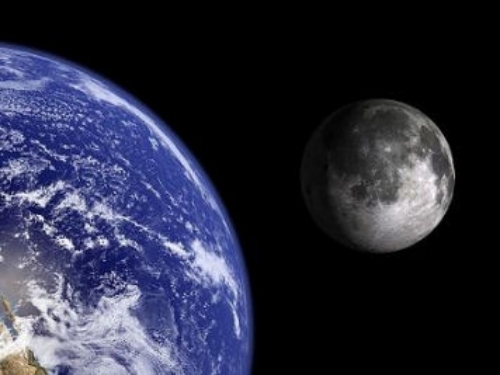 When survival is paramount, we are drawn together in the interest of mutual survival. We forget all the things that divide us. It is only when we have the luxury of existing at a certain level of comfort that we start to figure out ways to separate ourselves. There are plenty of natural resources for everyone on the moon. There are several countries participating in mining the moon, but the two elephants are the Chinese and the Americans; all the nations of the world have a stake in extracting enough Helium-3 to keep the lights on back on Earth.

And the Earth is still in recovery from an apocalyptic event.

”Asteroid collisions you can prepare for, carbon emissions you can legislate against, but who expected a subsea methane eruption would plunge us back into the Dark Ages for more than a decade?”

As if I don’t have enough things to worry about, now I have to add methane eruption to the list?

Caden Dechert is the chief of the U.S. mining operation on the edge of the Sea of Serenity. He is a veteran of wars in the Middle East and is reminded of his tour of duty with every breath he takes. ”The gunpowder smell of moondust filled his nostrils.”

Dechert has a good relationship with his counterpart over on the Chinese side of the moon. They have similar military backgrounds and both have no illusions about the simmering politics on Earth that could spill out into the universe, even to the moon. They have enough to worry about keeping some catastrophic event from wiping out their stations, such as solar flares or something as seemingly mundane as moondust crippling their power supply.

They don’t have time for murder.

But murder is what they got.

When that hatch explodes and kills the first surfer dude on the moon, the ramifications go well beyond just the extinguishing of a life. Dechert has dealt with death his entire adult life, but never has he had a death mean so much. ”The dead settle in our mind like cooling embers. After a time they diminish, snuffed out by the immediate, and then a puff of memory rekindles them and for a moment they are hot and near once again.”

A boot print is one of the few clues.

That explosion that blew that hatch on the moon is the equivalent of the bullet that killed Archduke Franz Ferdinand in Sarajevo in 1914. The tinder is so dry that it only takes a spark to light a conflagration that could burn up not only all the progress Earth has made recovering from the methane eruption, but could level us back to the Stone Age.

Dechert has experienced being in the middle of a war, but he has never been at the flashpoint of the beginning of a war.

Was it the Chinese?

Then who was it?

Before everyone dies on the moon, maybe we should take a moment to look at the sky.”How to explain the Moon’s thunderous star field to the uninitiated? It would be like describing the yellows and reds of Van Gogh’s Wheatfield with Crows to a blind man.” Maybe we all need to look at the sky more often and clear our minds of the deluge of testosterone driven patriotism. Dechert’s loyalties, never in question before, are wavering as he tries to sift through the evidence and find a solution before there is no turning back.

The American marines arrive. The Chinese equivalent of super troopers arrive. Weapons that have never been allowed on the moon are now bristling on every person’s body. Who killed Cold Benson is becoming irrelevant to everyone, except Dechert. How many times does a war start and, within a short amount of time, everyone forgets how it ever started? Why are we fighting? Ask the Hatfields and the McCoys why they hate each other. It is like we are all just waiting for a reason to give in to our most primordial instincts.

The smell of fear on the moon is mingling with the acrid stench of gunpowder, like lovers reunited over the expanse of history. 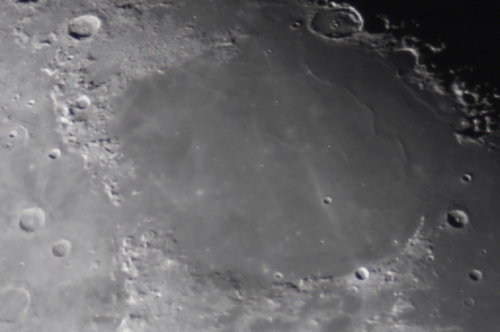 The Sea of Serenity is not so serene after murder comes to visit.

What I really enjoy about this book is how real it feels. This isn’t some science-fiction universe that exists in some future that is beyond our own scope. This future is tomorrow or next year or certainly within our life spans. President John F. Kennedy asked us to go to the moon; now all someone has to do is ask us to go to the moon and stay. I was very aware of the constant danger of eminent death. One mistake and not only will you kill yourself, but you might kill your whole team. It is a fragile and invigorating way to live. Where David Pedreira really shines is in his descriptions of pulse pounding, moon blasting action. I was so involved in what was happening that I needed my own space suit to monitor my vitals. ”Mayday, mayday, mayday”was a metronome that blasted through the comms in my dreams for several nights after finishing this book.

Buckle up, squeeze your cheeks together, pour a pitcher of Tang, and put your cell phone on silent. You won’t have time for Earthly concerns once you land on the moon.

I want to thank Harper Voyager for sending me a free copy in exchange for an honest review.

Posted by JEFFREYKEETEN at 10:55 AM