In Dubious Battle by John Steinbeck
Reviewed by Jason Koivu
My rating: 4 of 5 stars

At a time when the divide in this country between rich and poor is as great as it's ever been, a book like In Dubious Battle becomes quite pertinent once more.

It's the Great Depression and the Red Scare has the nation suspicious of anyone who might organize a strike for better wages, for something higher than the starvation-level pay the bosses are handing out to hard-up fieldworkers.

Steinbeck's In Dubious Battle follows Jim, a newcomer to the Communist Party. Mac, a strike agitator takes him under his wing and off they go to a California apple valley, where the bosses have cut wages. Here they meet a number of different individuals who represent the various sides of the conflict.

Steinbeck's character development is quite impressive here, considering he constructed an ensemble cast and breathed life into each of them, so that they all appear almost real and not just two dimensional caricatures. And while the author originally set out to write a non-fiction account of a workers' strike, he has succeeded in portraying this as an utterly believable fiction that does not drag due to political agenda proselytizing.

While Steinbeck is for the working man, his sympathies do not make him entirely blind to the failings of the "radical left". He does question why, when man rules the Earth, would man subject man to a sub-subsistence existence? Why not share the wealth? Well, Steinbeck points to the lazy, shiftless who prefer to shirk duty and steal to get by rather than do their fair share. And then there's the greedy need in some men to rule, to gather up all the wealth and power they can for their own selfish desire. There it is again, those extremists who go screwing it up again for the rest of stuck in the middle. 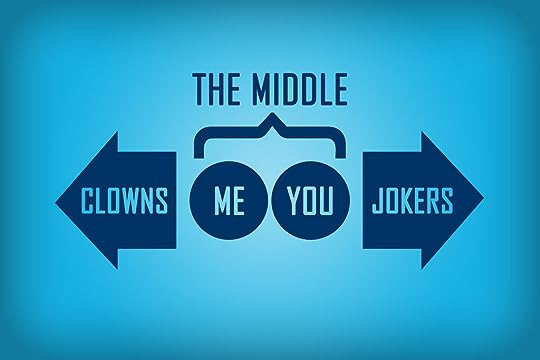