THE HOUSE NEXT DOOR BY ANNE RIVERS SIDDONS

The House Next Door by Anne Rivers Siddons
My rating: 4 of 5 stars

”If we find that all our efforts have failed and someone buys the house, we shall set fire to it and burn it down. We will do this at night, before it is occupied. In another time they would have plowed the charred ground and sowed it with salt.

If it should come to that, I do not think we will be punished.

I do not think we will be alive long enough.” 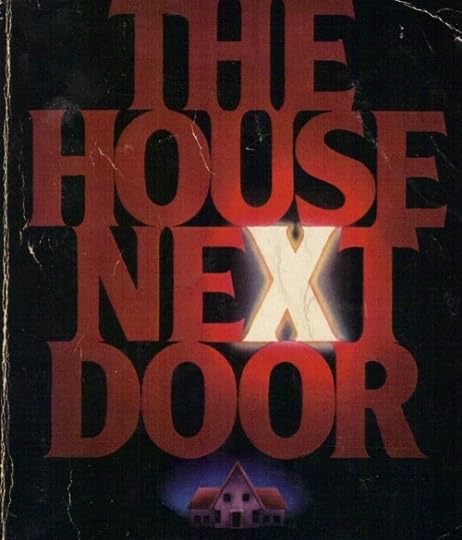 Colquitt and Walter Kennedy live in an upscale neighborhood among people of similar socioeconomic status. They are all friends who barbeque, have drinks, and rely on each other for support in times of trouble. The women are attractive, and the men are still handsome, even though their sparkling 20s have become a distant memory. They are all as reasonably happy as anyone can expect to be.

That is until the house was built.

The empty lot next to the Kennedy’s has always been there. It has never been developed because it is a strange shape. An architect would need imagination to design a house to set on it properly and not be considered an eyesore. Kim Dougherty is that architect. He is young, ambitious, and determined to build a beautiful house that will be a monument to his genius.

Colquitt likes the lot next to them being empty. It gives them more privacy than the other houses in the neighborhood, and the trees, bushes, and plant life provide a burst of varied colors throughout the year. Deer, rabbits, and even more exotic wildlife can be spotted moving in the relative safety of this green sanctuary. It is an oasis among urban development.

The house that emerges, as if it just pushed its way up through the crust of the Earth from the fiery depths of hell, is gorgeous. It is more than just a house. It is a work of art. It is state of the art.

Evil, of course, is never ugly. To seduce, evil must be beautiful.

Colquitt is more tuned into the unseen elements around us than the rest of us. Walter knows. ”I am, he says, a sensitive. Not in any silly, conventional psychic way; we have both always laughed at that. But in the fact that I feel currents and whorls and eddies keenly, even when, perhaps, they are not there.”

You will meet the parade of owners from Pie & Buddy Harralson, to Buck & Anita Sheehan, and finally Susan & Norman Greene, and watch perfectly ordinary people change before your eyes. The question is, where did this evil come from? It wasn’t there before the house was built, so what brought it there?

I never really ever expected to read an Anne Rivers Siddons book, but when I was researching best horror/gothic books, this book appeared on almost every list. I was intrigued, and I’m so glad I picked up a copy. The Kennedy’s are very likeable with their adoration for one another, their evenings of relaxation together, sharing drinks, and enjoying each other’s company. The foul presence of this entity next door encroaches upon them bit by bit until it is impossible for them to ignore what they don’t want to believe. The plot is a slow burn with unusual but small things happening that can be shrugged off as odd, until things more insidious begin to happen that can not be easily disregarding any longer.

They must do something!

Posted by JEFFREYKEETEN at 2:29 PM