PIMP: THE STORY OF MY LIFE BY ICEBERG SLIM

Pimp: The Story of My Life by Iceberg Slim
My rating: 5 of 5 stars

“A pimp is happy when his whores giggle. He knows they are still asleep...all whores have one thing in common just like the chumps humping for the white boss. It thrills ‘em when the pimp makes mistakes. They watch and wait for his downfall.

A pimp is the loneliest bastard on Earth. He’s gotta know his whores. He can’t let them know him. He’s gotta be God all the way.” 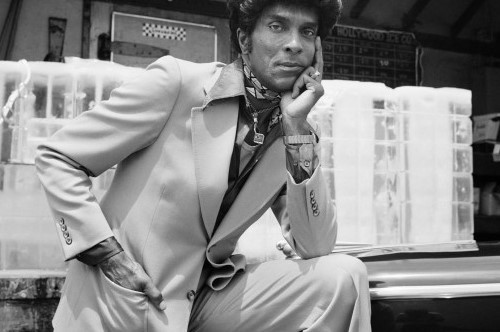 Iceberg Slim, AKA Robert Beck, attends Tuskegee University until he is expelled for selling bootleg liquor. What are the rules for capitalism? Supply and demand. During the ludicrous prohibition, he is merely supplying the liquor that his fellow students are demanding. This is only the beginning of his life as a capitalist who always seems to be on the wrong side of the law. ”Why did Justice really always wear a blindfold? I knew now. It was because the cunning bitch had dollar signs for eyeballs.”

Justice is only for rich, white people.

I would have more sympathy for Iceberg Slim, trying to find the best way to hustle, if he hadn’t been such a brutal asshole. The world has never been a fair place, and the rules are never applied evenly. A banker can write a loan and front load all the interest, but a loan shark who does the same thing is breaking the law. The pharmaceutical companies can make trillions pumping out drugs to a population who doesn’t need them, but if a drug dealer does the same thing, he goes to jail. At 18 years old, Iceberg Slim, then known as Young Blood, decides to become a pimp.

I had someone make a point to me recently that, by making prostitution illegal, we are depriving women of a means of making a living. Again, we are a capitalist country, and yet women can not legally supply the demand for sex by taking money for providing a service. Women can have all the sex they want for free, but they risk jail the minute they ask for a fan of C notes in exchange for it. Isn’t that anti-capitalism? So if the morality is about women having sex out of wedlock or not for reproduction purposes, isn’t that happening right now all over the world in bedrooms, back alleys, bar bathrooms, backseats of cars, no tell motels, the boss’s desk at work, golf greens, back rows of movie theaters, etc., etc., etc.? By making it illegal, we also give jackasses like Young Blood the opportunity to impose his will on women to go out in the streets and hump for him.

If a woman leaves one abusive pimp, there is always another one waiting to take his place. It seems to me, we need to make prostitution legal, and just like the current battle for women’s reproductive rights, boot the men out of the equation...well, except for when they want to exchange their cabbage for getting their pipes clean. Men should be customers only.

Making prostitution against the law didn’t make it go away. So who is the customer for a young, black whore looking to score some scratch?

”A lot of them are clean-cut high muckty mucks in the white world. Some of them show me pictures of beautiful wives and cute children. It makes me feel greater than those white bitches living in soft luxury. Those white broads got Nigger maids they laugh at. They think we ain’t good for nothing but clowning and cleaning. It would give them a stroke to see their trick husbands moaning and groaning and licking between a black whore’s thighs.

They coming because those cold-ass white broads in Heaven ain’t got what these black whores in Hell got between their legs. Black and low as I am. I got secrets with their white men those high-class white bitches ain’t hip to.”

Oh yeah, there is demand alright.

First thing Iceberg needs is a whore, and after being made a fool of more than a few times, he finally meets a woman who fits the bill. ”Through the blue mirror I zeroed my eyes in on the target. My ass bone starched on stiff point. Her big peepers were two sexy dancers in the velvet midnight of her cute Pekingese face.”

Runt, as he calls her, is frequently difficult to control. She has opinions. She has demands. Since she is humping all the money for this enterprise, she even thinks at times she should have a say in how the business is conducted. She even threatens to leave. The first line of defense for a pimp is to use psychology. The most important rule of pimping is to find out the life story of every whore under his control. Convince them of the dangers of navigating the streets without his “protection.” Use everything you know about her to undermine her confidence in herself. If psychology doesn’t work, he must move to verbal threats, and if that doesn’t work, he grabs the nearest coat hanger and whales the living shit out of her. She’ll be out humping on the streets again before the heat from the stripes he lays in her flesh has cooled.

Iceberg Slim says he has had over 400 whores working for him at various times, no more than a few at one time, but it just shows that the streets burn them out or they just plain got tired of Slim’s shit. It must have been a relief for many of them the times Slim went down for a hitch in the joint. For all his hard work, Slim never seemed to achieve his ultimate dream, to be like Sweet Jones. ”A gleaming black custom Duesenberg eased into the curb in front of me. The top was down. My peepers did a triple take.

A huge stud was sitting in the back seat. He had an ocelot in his lap dozing against his chest. The cat was wearing a stone-studded collar. A gold chain was strung through it.

He was sitting between two spectacular high-yellow whores. His diamonds were blazing under the streetlight. Three gorgeous white whores were in the front seat. He looked exactly like Boris Karloff in black-face.”

That sounds more like a freak show at the carnival to me. Who’d want to be that? 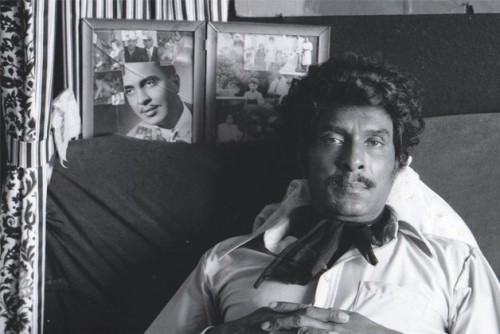 By the time he hits his 40s and he is doing another jolt in yet another steel casket, he realizes that his time is up. Pimping is a young man’s game, and he can’t stack no more time behind bars. He turns to writing his life story in the 1960s, and Pimp is the first of several books he publishes. His influence on gangsta rap is undisputed. Several films have been made based on his books. Most of his reading audience are black initially, but as word got out, his readership continues to grow. I’ve always wanted to read Iceberg Slim to experience the colorful vernacular of his writing style. My peepers were often popping out of my head over his poetic use of street slang. There is a glossary in the back if his meanings are not immediately apparent.

”Scottish author Irvine Welsh offered that ‘Iceberg Slim did for the pimp what Jean Genet did for the homosexual and thief and William Burroughs did for the junkie: he articulated the thoughts and feelings of someone who had been there. The big difference is that they were white.’"

Posted by JEFFREYKEETEN at 3:04 PM