Football & Murder - The Things That Made America Great 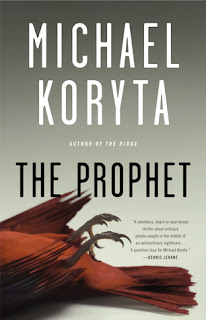 reviewed by Kemper
4 out of 5 future NFL stars

This story is kinda like if Coach Eric Taylor on Friday Night Lights and Nick Stefanos from the crime novels by George Pellecanos were brothers who had been pulled apart by a family tragedy and now faced a killer.

Actually, I’m just being glib and that’s not doing justice to this book. Let’s start over:

In 1989, Adam Austin was a high school football star and his younger brother Kent looked to follow in his footsteps. As their team was in the middle of a season that would culminate in a state championship, Adam blew off giving their sister Marie a ride home one night, and that moment of teenage irresponsibility had horrible consequences when Marie was abducted and murdered.

Over 20 years pass. Adam now works as a bail-bondsmen with a private detective’s license, and Kent became the football coach of their old high school team. While Adam is a hard-drinker who spends his nights hunting down criminals who miss their court dates, Kent is a sober church going family man and community leader. Adam wallows in his guilt over Marie’s death by living in their childhood home and preserving her room exactly as it was when she died, but Kent tries to avoid any mention of his late sister. The two brothers have barely spoken in years after Adam became enraged at Kent for visiting their sister’s killer in prison and praying for the man.

As Kent prepares his undefeated football team for the play-offs, a young woman visits Adam with a request that he track down her father who was just released from prison. Adam makes a quick hundred bucks without missing his next beer, but this act results in a brutal murder that again links the two brothers in tragedy and rocks their small Ohio town.

I thought this one would be a straight up thriller, and while it has a few of those elements, it’s really more like Lehane’s Mystic River in that it’s about the impact to a family and a community caused by a crime, and all the ways that people try to make their peace with that. It’s the different lives and attitudes of the two brothers that really make this book hum as it examines how they dealt with their grief and loss, and how they both took it to extremes that are sadly understandable.

Adam thinks that Kent committed an unforgivable offense to Marie’s memory by offering forgiveness to her killer without understanding that it was how Kent was able to get some closure. Kent believes that Adam’s refusal to move on is just a stubborn decision on his part, but he can’t see that Adam has never found a way to forgive himself for her death.

Koryta does an excellent job of making both of these men sympathetic. Instead of the caricature of a screaming football coach who only cares about winning, Kent is a thoughtful and kind man who truly believes that he’s helping teenagers become upstanding adults, and he holds himself to extremely high standards. Adam seems like a cynical and lazy drunk at the beginning, but he’s also a determined man who refuses to let anything stand in the way of dealing with what he feels responsible for.

And oddly enough, this is also a book about sports. Kent sometimes feels silly at worrying about football games in the midst of everything going on, but he also knows that carrying on is the only way to get through something terrible. He struggles to strike a balance between letting his players know what’s really important versus what a championship would do for their struggling small town. Football is one thing that Adam and Kent can still talk about, and as Adam notes, sometimes it makes you feel better to just to hit the shit out of somebody.