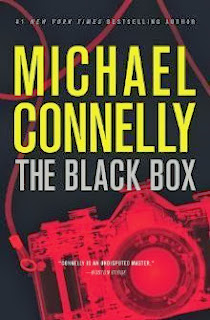 
During the course of the L.A. riots in 1992, Harry Bosch, then a young detective, was the first investigator on the scene of the murder of Anneke Jespersen. Jespersen, an attractive photo-journalist from Denmark, was found executed in a dark ally in the middle of the riot zone by national guardsmen who were attempting to provide crowd control. But at the height of the rioting, Harry had no opportunity to do anything more than make a cursory examination of the scene before he was ordered away to another homicide. In the wake of the riots, the Jespersen killing was assigned to a special task force and the case was never solved.

This is one of those cases that has always haunted Harry and now, twenty years later, the same gun that killed the young journalist is used in another murder. Bosch, who is now assigned to the department's Open-and-Unsolved Unit, jumps at the chance to reopen the Jespersen case and finally provide a very belated justice for the victim.

It will not be easy. The chain of evidence is almost hopelessly murky and would frustrate any detective less tenacious than Bosch. In addition to confronting an almost impossible case, Harry is also soon up against department bureaucrats who are interested only in posting statistics that make them look good, who do not share Harry's sense of the Mission of a homicide detective, and who for their own nefarious reasons, would rather this particular case not be solved.

Bosh will not be deterred. He makes an end run around his supervisors and doggedly pursues the case as he believes he should. He's desperately searching for the "Black Box," which will provide the solution to the case, but in the end, the term will become much more than a metaphor as Harry uncovers a particularly dark and disturbing series of crimes.

As he investigates the case, Harry continues to grapple with the complex challenges involved in raising a teenage daughter by himself. He also has a new woman in his life and this relationship is difficult as well, but watching him juggle all of these responsibilities is a treat, as always. All in all, this is an excellent entry in one of the best crime series in the history of the genre. Twenty-five years after first introducing Harry Bosch, Michael Connelly just continues to keep getting better and better.
Posted by James L. Thane at 9:16 AM